6 and 7 year old Champs from Bolesworth 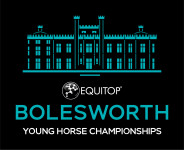 Matt Sampson and Ivory jumped into the spotlight when winning the prestigious and highly competitive, Six-year-old Championship sponsored by Windmill Farm Estate. 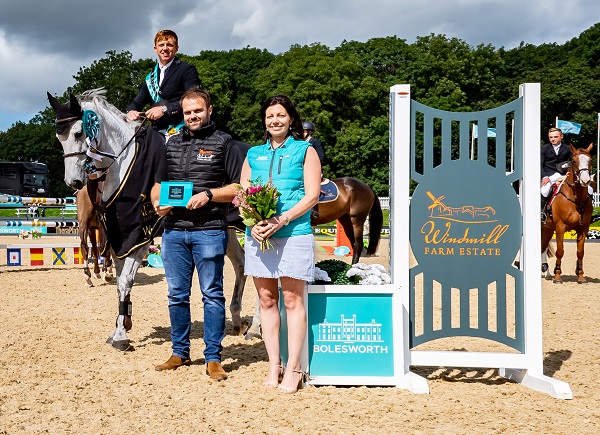 Twenty nine came through to the second round over the Rafael Suarez designed course at the Equitop Bolesworth Young Horse Championships.

With a host of British bred horses going clear in the International Arena, the jump off was set to showcase youngsters with world class ability.

In winning mode, Sheffield-based Matt and Ivory headed the class with a superb clear third from the end in 42.10 seconds.

Their form this season has been phenomenal with the Don VHP Z mare winning both at home and abroad.

Owned by racehorse trainer Sean Conway, Ivory was bought for his partner, Helen Ray as a four-year-old who soon recognised ‘she was far too talented’ for her.

Ivory qualified for the Lanaken finals last year when ridden by Joe Trunkfield, with Matt taking over the ride in March.

Said Matt: “We are having a brilliant season with Ivory, she is an out and out winner and just gets better and better.

“The class was of a very high standard which gave the course builder a lot to think about. We will keep her ticking over before Lanaken with one or two smaller classes without any pressure. She really is one for the future who never disappoints.”

Taking second and third was one of the world’s very best event riders, Pippa Funnell, riding two young horses she was full of praise for.

Pippa took second with Billy Marmite by Billy Mexico and third with the mare Billy Sarafina.

Said Pippa: “I am absolutely thrilled with these two young horses they have been fabulous all week and are very special.”

Also qualifying for Lanaken as the fourth best British-bred was James Shore with the Luidam chestnut, MEC Look At me, owned by Emerson Tough.

Adrian Puts Up a Cool Performance in Seven-year-old Championships

Twenty made it through to the jump-off in the Equitop GLME Seven-year-old Championships with competitors eager to gain a place at Lanaken next month.

Riding ‘the best young horse I have ever had’ Adrian Whiteway and the big jumping Cooley Network continued their clear round form at the Equitop Bolesworth Young Horse Championships to head the coveted class. 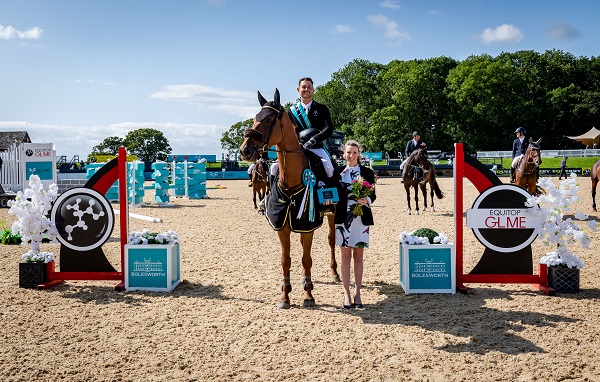 Bristol-based Adrian has competed at the FEI World Young Horse Breeding Championships a number of times and is hoping for a wildcard place on the chestnut gelding.

Owned by event rider, Selina Milnes and known as Scooby at home, Cooley Network is by Boswell Mr Heartbreaker and has been ridden by Adrian for two years.

Said Adrian: “We have qualified for the Grade C at HOYS and I really think a lot about him. This show was one of our aims for the season and I am delighted the plan has come off.

“He has been clear all week and is very talented, although can also be difficult. I always know if he is fresh he will probably go his best. I thought there would be more clears in the jump-off but the course took some jumping.

“As I turned back to fence three I realised I was a bit off but he just picked up and found it easy.”

Finishing in second place was Irishman Ian Fives, clear in 40.50 seconds on Horinde H with third going to Simon Crippen and Premier Titanium.

The best British bred horse and rider heading to Lanaken was William Rekert and Hot Bluebird.