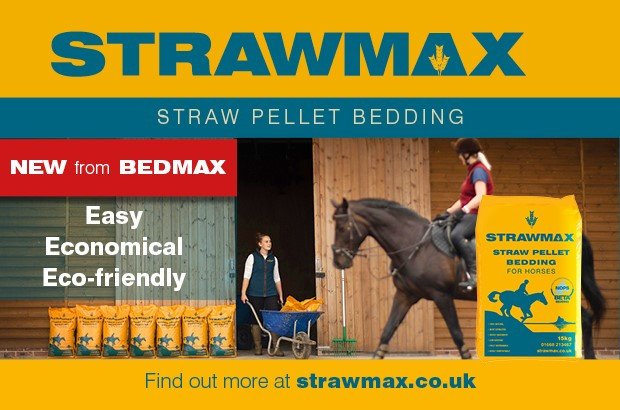 Strawmax is a very economical, and sustainable bedding designed to keep stabled horses healthy and happy. Made from 100% fully traceable British straw, Strawmax straw pellets make a deep, supportive, dust-extracted bed for your horse that lasts for months, with minimal maintenance and very low waste, and composts quickly into a nitrogen-rich manure perfect for farmers and gardeners.

Free from harmful spores, Strawmax is designed to help improve equine health and to reduce the high levels of airborne dust into the stable, preventing any serious damage to your horse’s respiratory system.

Bedmax has become the first equine bedding company to achieve NOPS accreditation, under a new scheme launched by the British Equestrian Trade Association (BETA) in January 2021. The new BETA NOPS Bedding badge you will see on our Strawmax bags certifies that the risk of contamination by naturally occurring prohibited substances has been proactively minimised in the production process.

Bedmax are a Trade Member of the British Equestrian Trade Association 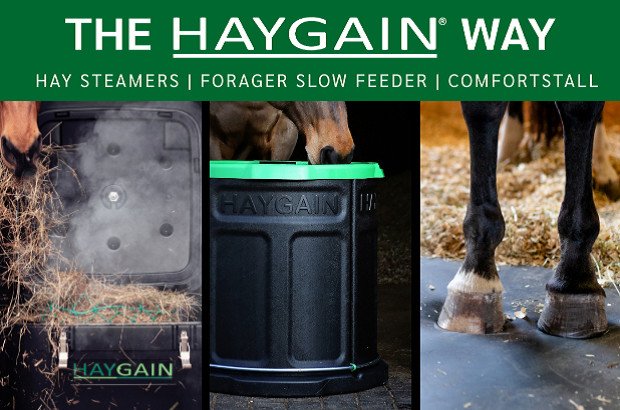 The Haygain Way harnesses modern science and Mother Nature to keep horses healthy, happy and performing at their peak.

Haygain High Temperature Hay Steaming was our first product. After extensive technical development and testing conducted at the Royal Agricultural University in Cirencester, Haygain Hay Steamers were introduced in 2009. Because the process reduces up to 99% of the inhalable dust, mould, bacteria and other allergens found even in "good" hay, Haygain Hay Steaming is now embraced worldwide as critical to respiratory, digestive and overall health and performance.

The Forager Slow Feeder by Haygain extends horse's meal consumption pace to better align with how Mother Nature designed the equine digestive system to function -- and it does so without frustrating the horse. Eating with a natural, lowered position allows natural drainage of the respiratory tract and supports back, neck and jaw musculoskeletal health -- unlike hay nets, which require a lifted head position. The Forager is an ideal way to feed Haygain Steamed Hay because it keeps it clean and prevents the waste of floor-fed forage getting trampled into bedding, urine and manure.

Haygain's ComfortStall Sealed Orthopedic Flooring supports joint health and deep rest, while contributing to healthy stable air. A layer of proprietary orthopaedic foam provides ample cushion: only enough bedding to absorb urine is needed. Along with forage, bedding is a major contributor to respiratory risks in the stable. A durable, one-piece, latex-free rubber top cover is sealed to the stable wall. Urine and other fluids can not seep through to accumulate in unhealthy ammonia odors at the base of the stable, as happens with traditional stall mats. Cleaning, including disinfecting, is easy. ComfortStall has a six year warranty & typically lasts much longer. Many customers report recouping the cost quickly in lower shavings and maintenance costs. 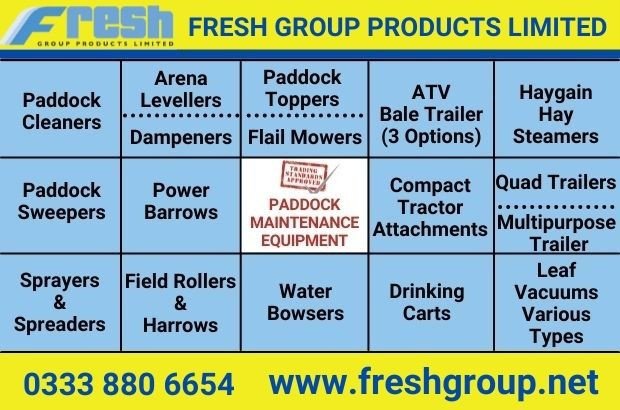 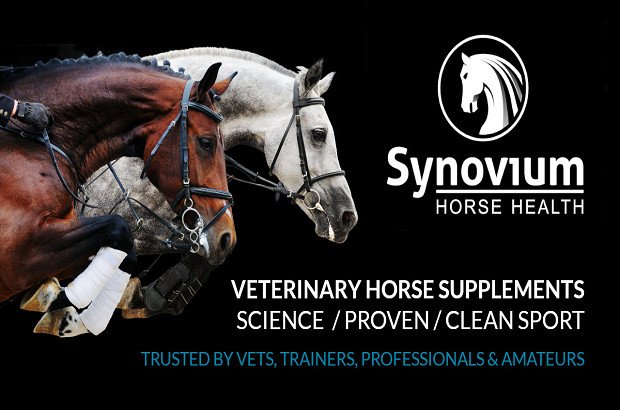 Synovium® Horse Health is the development Vetmarx BV, a team of Olympic vets from The Netherlands. A brand that was produced by FEI vet Sebastiaan Donker, to provide a range of professional horse supplements that are scientifically researched, veterinary tested, and quality assured with GMP+ certification. The proven range of supplements are used and loved by vets, professional & amateurs alike, across many disciplines throughout Europe and The Middle East since 2006. Synovium® launched their products to the UK & Ireland in 2019. Our mission is provide a brand of veterianry supplements that you can trust time and time again. Clean sport is at the forefront of Synovium and understanding the requirements at the highest of levels allows us to develop supplements that are competition legal, whilst using proven ingredients at their correct levels to guarantee results. Synovium's range of advanced horse supplements from horse calmers and muscle support to performance & innovative joint supplements. The name Synovium derives from synovial fluid, which is found inside healthy joints, standing for cleanliness and purity. We pursue this within all our products. The horse is an individual just like you, Synovium understands every horse is different. Good feed is of great importance; however, it can never fully meet the needs of the competition horse. Synovium examines each horse and looks after his athletic ability. We believe in working closely with all our clients providing the best veterinary support for you and your horses, please get in touch with our expert team.