A sneak preview of London International from H&C 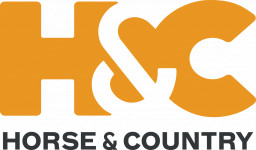 For the first time in 49 years, The London International Horse Show (LIHS) is vacating its home at the Olympia Grand Hall and moving to a new venue, London Excel. In this exclusive new show, H&C favourite Harrison Ashton goes behind the scenes, with LIHS’s Operations Manager Nick Brooks-Ward as his guide, for an exclusive behind-the-scenes preview of the event’s spectacular new home.

Harrison is taken aback at the sheer size, not just of the main arena, but also the warm-up arena and collecting ring. Nick explains that the warm-up is double the size of that at Olympia meaning that, for the first time ever, spectators will be able to see the combinations as they prepare to compete.

Harrison and Nick tour the stabling which can accommodate over 250 horses including 12 minis for the stars of the much-loved Shetland Pony Grand National. Harrison also gets to make his grand entry through the gates and into the arena, something he’s dreamed of doing throughout his riding career.

Nick shares memories of his favourite moments from Olympia, amongst which are Nick Skelton’s record-breaking high jump on Lastic in 1978, and his own appearance as a squirrel in the Christmas Show as a child. Nick also talks about the introduction of dressage and driving into the show and the extraordinary impact both of these disciplines have had. When asked by Harrison if he’ll miss Olympia, Nick confirms that he will, but that the new home offers enormous potential and scope for improvements and that he can’t wait to see the crowd’s response. As to the future, we’ll have to wait and see!

Harrison goes to London features footage from LIHS through the years. It is available now on Horse & Country’s streaming service, H&C+.

H&C+ is streaming extensive coverage across every day of this year’s London International Horse Show.  Members can watch online or with H&C’s mobile apps, as well as on Roku, Apple TV, Android TV, and Amazon Fire. Membership is just £5.99 per month and full details on how to join, as well as more information about LIHS coverage, can be found at www.horseandcountry.tv. All of the classes from LIHS are live on H&C+ and will be available on-demand from the following day.