For the fourth year running, leading animal nutrition company, Alltech, is delighted to be providing support for another resident at one of World Horse Welfare’s rehoming centres.

Primrose, a little cremello cob mare, was rescued and taken to the charity’s Glenda Spooner Farm in Somerset.

A World Horse Welfare Field Officer was called out to inspect a herd of horses that had been left without water. Primrose was spotted in the distance, looking extremely sorry for herself. As the officer got closer, she could see that Primrose had an extremely sore muzzle.

To add to the horror of the situation, she then noticed the mare had a young foal at foot, believed to be around six weeks old. Due to her terrible condition, Primrose proved difficult to catch and on the recommendation of the vet, she was sedated and caught, along with her foal.

She was assessed on arrival at Glenda Spooner Farm and the skin on her on eyes, nose, shoulders, neck and hind quarters was peeling and raw, due to extreme photosensitivity. After being sedated, Primrose was clipped, placed on a drip, and treated twice daily with Flamazine. 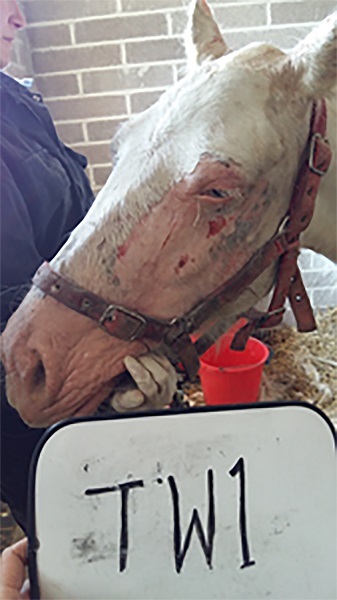 Shockingly it was also discovered that Primrose was once again pregnant on arrival at the centre, highlighting the indiscriminate breeding that occurs when horses are left unattended in a mixed herd.

With the fantastic care that Primrose and her foal, named Jellybean, received at the centre, they both learnt basic handling, with Primrose being particularly sensitive about her legs being touched and her feet picked up. To help keep her skin condition under control, Primrose has also had to learn to tolerate a fly sheet and mask.

Once Jellybean had been weaned she was successfully rehomed to a forever home where she could continue her education.

Alltech’s support for Primrose begins at an exciting time, just as her foal is due to arrive.

Primrose currently lives in a small herd of mares with similar needs and she has established herself as the boss of her group. She has developed into a lovely mare that is brilliant to handle, bath and groom, ensuring a bright future when she is ready to be rehomed.

Throughout the year, Alltech will follow Primrose’s progress and that of her unborn foal, as well as providing them with some luxuries that Primrose could only have dreamt of during her days of neglect, when she was left abandoned in a field.

Alltech’s UK Marketing Manager, Isla Baker-Browne said: “Alltech has been a supporter of World Horse Welfare for a number of years, both here in the UK and internationally, where the charity’s incredible work educating owners is making the lives of working horses so much better.”

“By following the progress of individual horses here in the UK it enables us to really focus on the work that goes on behind the scenes to rehabilitate horses that have been subject to such unimaginable cruelty.

“I very much look forward to following the journey of Primrose and her unborn foal over the coming months.” 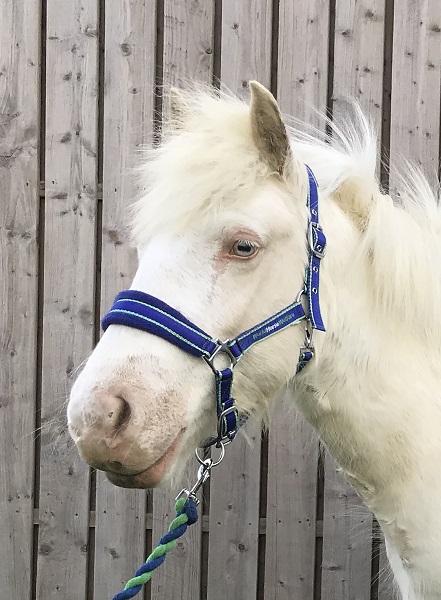 The Lifeforce Range of all-natural, daily digestive aid supplements from Alltech is designed to benefit horses of every stage of life, from breeding stock to pleasure and performance animals.