Are Headcollars safe to use?

Head collars are a piece of equipment used at least once daily by 88% of horse owners. For something that is being used so often, it’s surprising that it is difficult to find research into head collar safety, fit or design in the public domain.

We have all heard of horror stories where horses have pulled back and run off with what they were tied to, or when you’ve turned them out in the warmer months with a head collar on and they’ve managed to attach themselves to something in the field and panicked… So why hasn’t head collar safety been addressed in a scientific, measured and standardised way to help minimise the risk of accident and injury?

At Equilibrium Products, we believe in thorough research and testing before bringing a product to market. With this in mind, we commissioned Dr David Marlin to research head collar safety.

Out of 5615 respondents to a survey on head collars:

With no current safety standards or testing protocol for head collars combined with looking the results from the research, it clearly indicates that there is room for improvement, which has the potential to improve the safety and wellbeing of both horses and their handlers.

There are a lot of different head collar designs, materials and safety systems. However, there doesn’t appear to be any published research where head collars have been tested in a systematic way.

The results showed a large variation  with some safety devices releasing as low as 9kg, and at the other end of the results we saw some head collars were not breaking until over 600kg of downward force was applied – meaning the average sized horse could be suspended from the head collar without it breaking – a scary thought!

Realistically, there needs to be a balance. The horse needs a release point as low as possible to help reduce risk of injury, but for practicality and safe handling, the horse owner needs a higher release point so that they can maintain control of the horse while leading and carrying out everyday activities

Taking your horse from field to stable to the showground, not only is Stellar a smart, first-class head collar, it has a re-usable release system too. A release system that is scientifically tested, with measurable and consistent results.  The Stellar™ Head Collarwas also independently tested by Writtle University College for on a variety of horses for everyday activities. 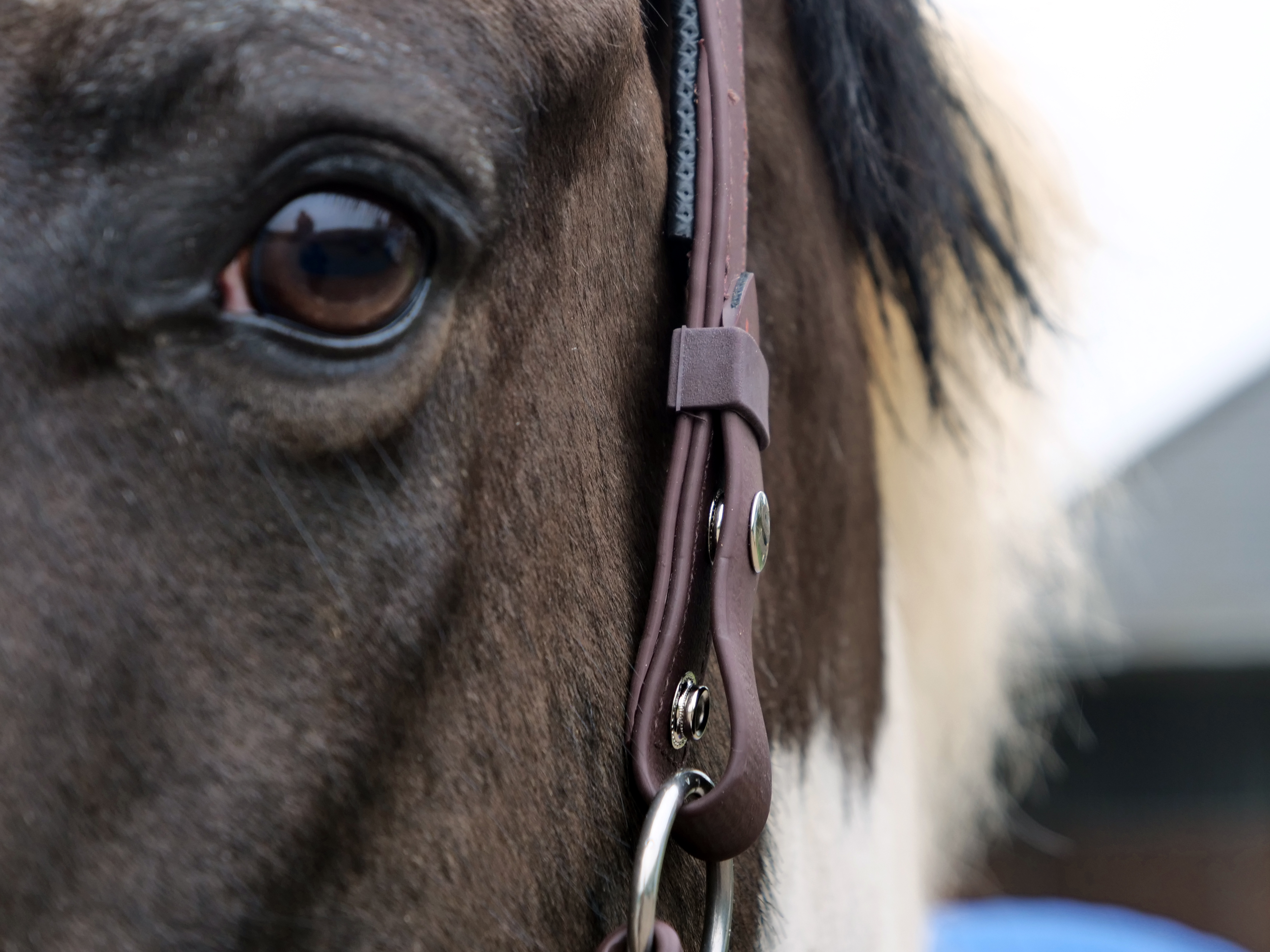 The patent pending headpiece features adjustable press-stud fasteners and keepers on both sides of the head collar. The clever design allows the release system to have two settings, allowing the handler to use the setting appropriate for them. On average at the lower setting, position A, the headpiece released between 50-60kg of downward force in laboratory conditions. On the higher setting, position B, it released between 80-90kg. In an ideal world, we would recommend the lower setting should be used as much as possible, however the higher setting is there for situations where you need it.

Durable and weatherproof, the Stellar™ Head Collar is made from a smart leather-look synthetic material with padding on the nosepiece and headpiece offering maximum comfort. Adjustability at the headpiece and nosepiece allow for a great fit, with long-lasting stainless-steel fittings.