Top eventing stars will take part in Royal Windsor Horse Show’s first running of Arena Eventing, on Wednesday 13th May 2020, ensuring that potential team members in all three Olympic disciplines will be competing at the show ahead of Tokyo 2020.

The new competition will see international riders compete over a course that combines elements of the Showjumping and Cross-Country phases of Eventing, designed by Captain Mark Phillips.

The introduction of Arena Eventing will bring a whole new dimension to the Show, which already hosts four FEI disciplines; Dressage, Jumping, Driving and Endurance. With Tokyo 2020 on the horizon, Royal Windsor Horse Show will be one of the last chances to see Team GBR’s hopefuls in all three disciplines together on home turf. 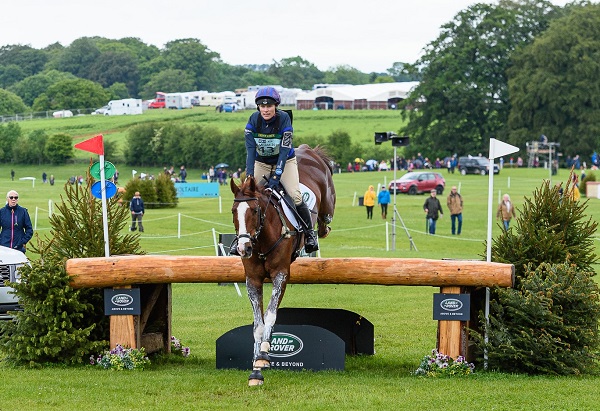 This year’s competition will include Olympic medalists Zara Tindall and Pippa Funnell. Zara Tindall, the former World and European Champion, has confirmed she will bring her London 2012 team silver medal-winning horse, High Kingdom. Pippa Funnell will also be a strong contender; alongside three Olympic medals, Funnell impressively became the first person to win the Rolex Grand Slam of Eventing in 2003, an honour only ever won by one other person. Her recent victory at the Land Rover Burghley Horse Trials in September 2019 has put her in good stead for the upcoming event.

British Olympic rider Gemma Tattersall will make her Royal Windsor Horse Show debut this May. Part of the squad that won Team Eventing gold at the 2018 World Equestrian Games in Tryon, Tattersall is another GB hopeful for Tokyo 2020.  Flying the flag for the USA will be Lauren Kieffer, currently 6th in the FEI Eventing Rankings. With a formidable string of horses to pick from she will be hot contender for the class. FEI World Number five, Tom McEwen (GB) is also amongst the distinguished list of incredible talents set to compete.

Performance Director and Eventing Performance Manager, Richard Waygood said: “The inclusion of Arena Eventing in Royal Windsor Horse Show is a great addition. The Show will not only bring eventing to new audiences but will also attract the world’s best riders to what is already an amazing event.”

Simon Brooks-Ward stated, “I am delighted to announce that Arena Eventing will be taking place at this year’s Royal Windsor Horse Show. To host all three disciplines ahead of this year’s Olympic Games is hugely exciting and a fantastic new development for the Show’

Royal Windsor Horse Show offers a great day out for equestrians and their families.  It attracts crowds of more than 55,000 each year. Alongside the international competitions are more than 120 showing and national jumping classes, plus outstanding equestrian displays from around the world. Visitors can also enjoy the shopping village with its 220 fashion, lifestyle and equestrian boutiques and delicious food outlets. In addition, ‘Royal Windsor Live’ offers musical entertainment, Q&A sessions with equestrian stars and numerous activities for children.