Binks family return to support Horse of the Year Show

The Binks family are thrilled to be continuing their support, for a fourth year, of a Horse of the Year Show Championship very close to their hearts. The family will be returning to sponsor the Show Hunter Pony of the Year Championship for HOYS 2020, including the four height sections leading up to this including the 122cm, 133cm, 143cm and 153cm classes.

The Yorkshire-based family’s involvement with the show dates back to 1968 when their very own State Visit ridden by David Tatlow won their first Hunter championship title. Success has followed the family since then, with daughter, Hannah Binks riding Trewolla Denzil, winning the 2002 title of Show Hunter Pony of the Year Champion.

For the 2020 show season Florence Davies will be flying the flag for the family with the Jinks Show Team produced first ridden Barkway Alfie Moon and the 2019 BSPS Novice 12.2 show pony of the year Rowden Holly Go Lightly.

In 2019, it was Kate Bankier’s Toncynfigg Liberty X ridden by Julie Bankier who took the title of The Binks Family Show Hunter Pony of the Year Champion in the TopSpec Arena. 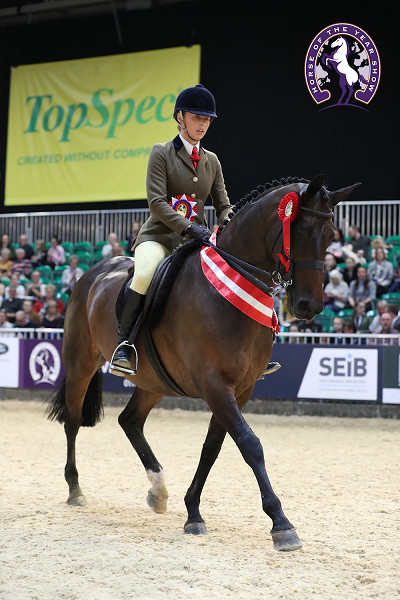 Horse of the Year Show Event Director, Emma Williams, commented: “We are gladdened that this Championship has remained a cherished memory of The Binks Family and value their ongoing encouragement of this showing championship and our competitors. On behalf of everyone at Horse of the Year Show, we look forward to welcoming them back to the show in 2020.”

Hannah Binks commented: “The Binks Family are delighted to continue our support for the Show Hunter Ponies at HOYS for the fourth year.  We would like to wish everyone the very best of luck for the 2020 season and we hope you have lots of fun along the way!”

Horse of the Year Show takes place from 7th-11th October 2020 at the Resorts World Arena, the NEC Birmingham bringing another year of breath-taking displays and unbeatable competition.

Tickets and a full timetable of events will be released in March. To stay up-to-date with the latest HOYS news and to be the first to know what’s happening, sign up to our newsletter here: https://hoys.co.uk/newsletter-sign-up/