It was a win for Ireland’s Cathal Daniels in the British Horse Feeds CCI-L4*, a well deserved and faultless performance led him to finish on his dressage score of 33.7 with the chestnut mare Rioghan Rua, owned and bred by Frank and Margaret Kinsella. 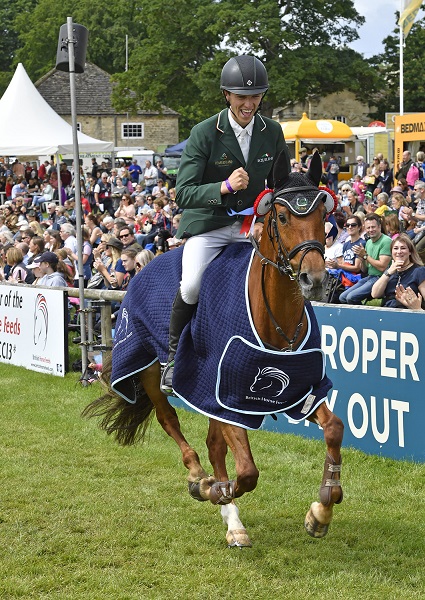 Securing a clear round in the show jumping led to a nail biting finish, as the top two  dropped a pole each, Cathal (22) went up the ranks to top the leaderboard.

Speaking of his winning round: “She felt great. Fortunately neither of us feel the pressure and she felt really confident. She can be opinionated but we had her relaxed today. It’s a big atmosphere here but she felt fresh and sharp. Sure we had a few breath holding moments in the round but in the end she jumped clean and careful.”

Having contested the World Equestrian Games in Tryon, North Carolina last year where he won a team silver medal, Cathal has high hopes for the partnership’s upcoming future at Senior team level “We’ll aim her for the European Championships this year and then keep her bubble wrapped for Tokyo!”

Runner-up and finishing best of the Brits to become National U25 champion, was Yasmin Ingham with Sandman 7, previously a ride of Pippa Funnell. They had an unfortunate four faults in the show jumping to complete on a score of 34.1.

“I was delighted with him, the fence was a rider error, I couldn’t fault his performance he jumped out of his skin and he really lifted to the atmosphere out there. It’s crazy when you come up the shoot into the big open arena with all eyes on you, there is so much pressure. I really wanted to get that clear round it just wasn’t meant to be, but I’m delighted to come second and be the new U25 National Champion.” 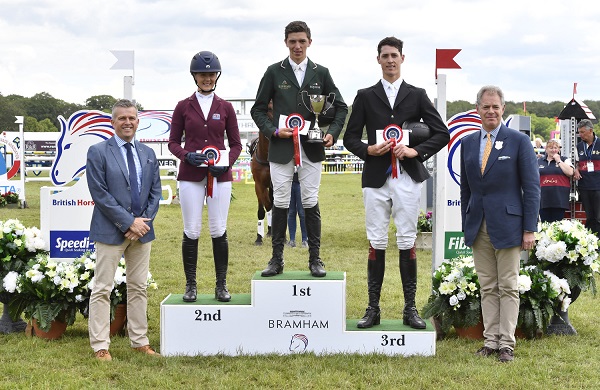 Yasmin has had a glittering eventing career so far, having claimed the U16, U18 and U21 national titles previously, today completes the set. She is based in Nantwich, Cheshire at the yard of Sandman’s owners, Sue Davis and Janette Chinn, where Sandman is adored by all. “We call him Precious because he’s such a ponce, everything has got to be about Sandman, you can’t go past his stable without giving him a kiss!” There’ll be kisses a plenty after today’s success!

Finishing third, having also rolled a pole in the final phase, was Will Rawlin and his own V.I.P Vinnie, they finish their Bramham debut on a score of 36.9.