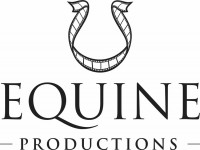 Equine Productions, the racing specialist film production house, have recruited the experienced PR Consultant John Maxse in a part-time role to assist the company in developing new business and projects.

Sam Fleet, Managing Director of Equine Productions, said: “We have known John for several years and we have always enjoyed a good working relationship, having worked together on a number of projects when he has been representing a client.

“We are ambitious to grow the company and using John’s experience, together with his contacts and deep understanding of the racing and equine industries, will hopefully lead to the development of some new and exciting projects.”

The multiple-award winning team of Equine Productions was established in 2012 and are known for their high quality commercials, short features, documentaries and live broadcasts. They have particular expertise in equine industries and are responsible for the ‘JockeyCam’ used around the world.

Maxse will take on the role of Production and Business Associate for Equine Productions while continuing to service his existing portfolio of clients.

He said: “I am delighted to be working with Equine Productions. They are the leaders in their field and hungry to grow the business still further. We share the same values in terms of our commitment to quality and creativity. As well as a shared passion and understanding of what it means and what a privilege it is to work with horses and the people that populate the industry.”

Maxse previously worked for The Jockey Club for 16 years, operating at Director level both for The Jockey Club in its capacity as British racing’s regulatory body and then in its current role, as a wholly commercial organisation whose assets include 14 racecourses.

After he left The Jockey Club, Maxse joined the agency Pitch PR before then setting up his own consultancy business Maxse Communications. In 2014-15 he played an integral role on the team working with Victoria Pendleton and Betfair that culminated in her achieving the ambition of riding at the Cheltenham Festival.