Harriet bounces back to win at Hickstead 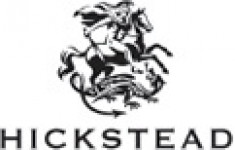 A new name was added to the roll of honour in the Science Supplements All England Grand Prix – with a lady rider claiming the title for the first time.

The £6,000 feature class of the four-day national championships went to Harriet Nuttall and Galway Bay Jed, who made the most of being drawn last in the jump-off to shave 0.5sec off Lily Freeman Attwood’s leading time. 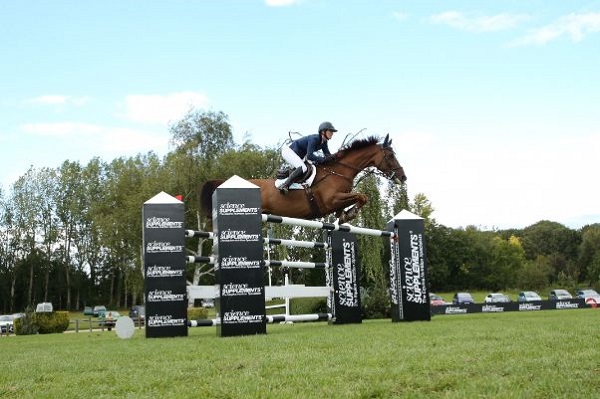 It was a perfectly-judged performance by the Somerset rider, who has an incredible record at the All England Jumping Course, and a brilliant return to form for the combination who had a fall during July’s five-star international show.

“Galway Bay Jed has done well here, and won the Queen’s here a couple of years ago, but I had a bit of a shocking time in this year’s King George with him when we fell into the side of the water,” explains Harriet. “He was a bit sore afterwards, but he’s back and felt fit and ready, so I wanted to aim for the Grand Prix. He felt happy and back to his normal self again.”

Harriet has had the 11-year-old gelding since he was five. “It’s been a long partnership, and I can’t wait for the future with him, he’s a really talented horse.”

It was a very successful weekend for Harriet, who also won Saturday’s Douglas Bunn 1.35m Memorial Challenge. Drawn 42nd to go out of 46, Harriet produced a fast clear on Silver Lift, to finish on a time of 92.63sec and take the lead. In second was Harry Bateman and Zuniek Vd Tojopehoeve Z (95.32sec), with event rider Gemma Tattersall (Chico Bella P) in third in a time of 96.36sec.

“For a class like this one, you have to have a really forward rhythm and a quick-moving horse,” says Harriet, who has won the Science Supplements Speed Derby twice with Silver Lift. “It is actually quite a long course so they have to be quite fit. Fortunately he felt so great out there and he loves that ring, so classes like this really suit him and it’s where he’s at his happiest.”

Riding Fruselli, who is the second string to her top horse Hearts Destiny, Holly claimed the honours in both Thursday and Friday’s All England 1.40m Open classes.

“He is a fantastic horse and is so good against the clock. He actually doesn’t have the biggest stride, but is really careful and he has a lot of experience,” says Holly, who has had the ride on the nine-year-old stallion for two years.

Holly was back at the top of the line-up later on Friday when she had a one-two in the All England Six- and Seven-Year-Old Championship with Dakota XX and History, both of whom came from the seven-year-old division.

The All England Five-Year-Old title went to Ireland’s Derek McCoppin and Jordan W, while nine horses jumped double clear to share the honours in the Four-Year-Old Championship.

As well as picking up a number of good placings throughout the four days, Georgia Tame – a stable jockey at Breen Equestrian – finished the show in style with a win in the All England 1.30m Open with Quintella.

Alfie Bradstock and Grand Cru I won the All England 1.20m Open Championship for the second year in a row. His time of 39.87sec was nearly 1sec quicker than Nicholas Edwards (Royal Trooper II) who finished in second place.

“I’ve had her for 18 months, and she’s so fast and careful. She loves the atmosphere in that ring, and I think Hickstead’s shows are the best in the country,” said Alfie.

The All England Novice Championship saw Nicole Pavitt claim the honours with Commitment I, ahead of Anna Power and McQueen IV.

The over-16 section went to Claire Lewis and Perriland Leonardo, who went to take the 90cm title as well. The day drew to a close with the 1m competition, which was won by Natasha Barton and Belle of the Ball IV.

The Arena Eventing marked the first official use of Hickstead’s all-weather cross-country facilities, which will be open for hire from October to May.