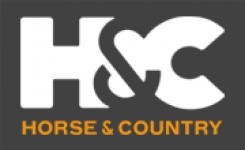 Horse & Country TV, the award winning international TV channel devoted to equestrian sports and lifestyle, announced today that it will launch in Australia on 1 February 2015.

Speaking at Equitana Melbourne, H&C TV CEO Heather Killen said the channel will initially be available on Fetch TV, where it will be offered as an à la carte option for $7.95 per month.

Ms. Killen said H&C TV will also be offered over the internet and on mobile devices, and the company plans to make the channel available on other platforms in the future.

Horse & Country TV is currently on satellite, cable and IPTV in the UK and Ireland, The Netherlands and Sweden, passing 15 million TV households.  The English and Swedish channels are also available directly over the internet and on mobile devices.

The network offers a lively mix of top international sport, behind the scenes shows with leading trainers and personalities from the equestrian sector, and compelling documentaries on travel and adventure, food, farming and country living.

In addition to its international content, H&C TV plans to develop and acquire local programming, and will produce an Australian version of its successful equestrian magazine show format.

Speaking of the upcoming launch, Heather Killen, said: “There’s a vibrant equestrian sector in Australia as well as a rural community that is often overlooked by mainstream media.  H&C TV has become a valued member of that community in our European markets, and we hope to be able to strike the same chord with horse and country lovers here.”

“As an independent network, H&C TV has been motivated to explore all new means of channel distribution, including IP and ‘over the top’ delivery, so we are delighted to have Fetch TV, clearly a pioneer in this area in Australia, as our launch partner.”

Scott Lorson, CEO of Fetch TV, said:  “Fetch TV is committed to being the clear market leader in catering to Australia's diverse interests by providing convenient access to leading speciality channels.  H&C TV represents an extremely high quality offering for a very passionate audience, and we are pleased to welcome them on our platform.”

Horse & Country TV broadcasts in the UK and Ireland, the Netherlands
and Sweden and can be found on the web at www.horseandcountry.tv