16-year old Morelyn Another Good’un, known as Snoode in the stable, has been inundated with compliments since turning to High Fibre HorseHage.

Owned by 26-year-old Tamsin Thatcher, Snoode who stands at 16.2hh is a Thoroughbred x Welsh sired by Another Hoarwithy and is out of Morlyn Rose Maree.

Based in Worcestershire, Tamsin has been riding for over 16 years and is a member of her local riding club. The duo are often out training and competing whether that be dressage, show jumping, hunter trials, cross-country training, fun rides out - you name it. However they predominantly take part in unaffiliated eventing and the occasional BE event. 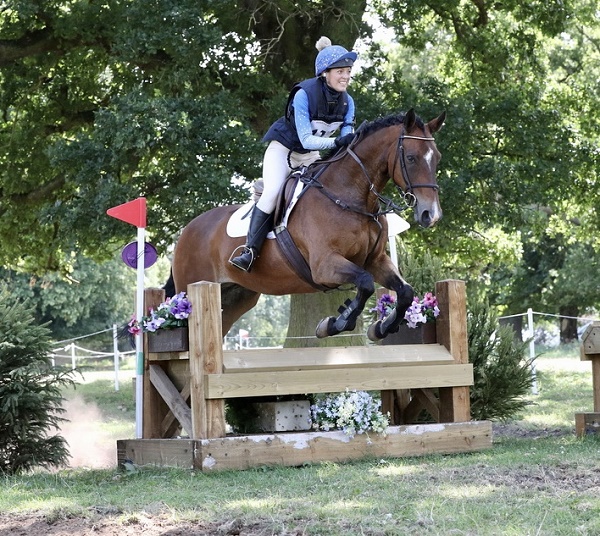 Said Tamsin: “Snoode is the best all-rounder and will turn his hoof to absolutely anything. We recently competed at our first UA90  event at Broadway, which fills me with confidence to affiliate him this year and aim for a BE100.

“Snoode makes me proud on a daily basis and because of him we have created some of the best memories together.”

After being recommended HorseHage by a friend, Tamsin tried Snoode on High Fibre HorseHage and noticed a huge difference in his general condition in just two weeks.

Tamsin said: “Snoode isn’t a great ‘doer’ over the winter and can drop weight quite easily. We had noticed Snoode had gone off his usual hay and with the weather being so cold this winter, Snoode started to lose weight and drop condition.

“Beginning to worry, with his health and condition always being our number one priority we wanted to rectify the problem before it escalated.

“After hearing about HorseHage and the many benefits, we decided to give High Fibre HorseHage a go and wow! All I can say is I wish we had found this product sooner!

“Within just two weeks, we were blown away by the results. He has noticeably put weight back on, his topline is coming back, and his coat is super shiny too!

“Most of all, Snoode loves his HorseHage haynet and we have had so many comments on how great he looks since using High Fibre HorseHage. Thanks to HorseHage, we have a very happy and healthy horse again.”

High Fibre HorseHage is a bagged forage containing no chemical additives, mould inhibitors, flavourings, molasses or inoculants. It is dust-free which is vital for maintaining a healthy respiratory system.

High Fibre HorseHage has FEMAS (Feed Materials Assurance Scheme) and the BETA (British Equestrian Trade Association) NOPS (Naturally Occurring Prohibited Substances) certification. Both these feed marks mean that the product is manufactured from premium ingredients which are fully traceable and that it has been produced under the highest industry standards. 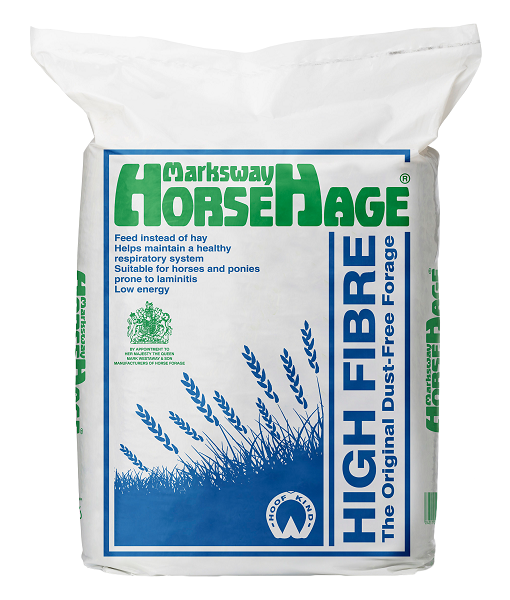 Due to the unique fermentation process, the sugar in HorseHage is considerably lower than other types of forage – typically less than 5% - and this, along with the lower energy content makes the High Fibre variety of HorseHage suitable for horses and ponies prone to laminitis.