Izabella Rogers aboard the grey mare ‘Whinney Lass’ jumped to the finish to take the National 128cm Champion title at the British Showjumping National Championships 2019.  With the top four placings offering a qualification to Horse of the Year Show as well as Olympia there was all to play for. 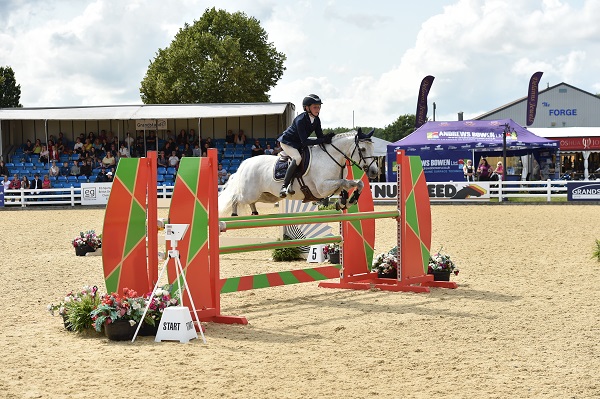 Izabella took the title riding the 16 year old mare Whinney Lass after travelling to the Championships from Chelmsford. The combination have been a partnership for the past three years, where they have gone from strength to strength and are the reigning Horse of the Year Show 128cm Champions. Speaking of their win today, Izabella explained: “I thought my round would be fast enough as Whinney covers the ground quickly.”

Izabella has competed at HOYS previously in 2017 in the 128 Championship aboard SNL Ginger Ninja where she came fifth, and returned in 2018 with Whinney Lass where they took the 128 Championships title. The combination now hopes to defend their title at HOYS this year.