Eloise Squibb piloting twelve year old grey gelding Rudgeway Maestro continued their winning streak and were the well-deserved winners of the Pony Foxhunter Masters on Day 3 of the British Showjumping National Championships 2019, after winning the Pony Newcomers Masters yesterday. At just fourteen years of age, Eloise showed experience beyond her years navigating her way around the jump off accomplishing a quick time of 35.92 seconds out of the fifteen competitors who made it through to the jump off. 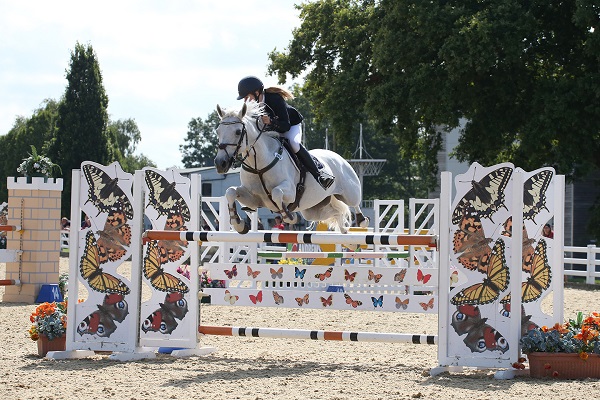 Commenting on her win, she said: “I didn’t think I could have a double win!! Especially as I knew the people before me in the jump off were really quick so I had to go quicker.”

She continued: “As I’ve only had Rudgeway Maestro for two months I came to practice my jump off turns.” Which after her two wins at the National Championships it is safe to say she has mastered!

Having had an unbelievable show together so far, the combination will be competing in the pony 148cm Silver League later this morning to see if they can end their time at the National Championships with a triple win. 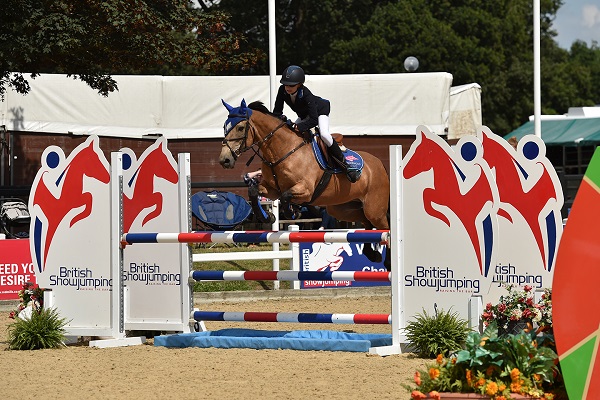 The talented dun veteran joined the Underwood family at home in Beverley, Yorkshire after he was gifted to Kitty by the late Kenneth Pritchard two years ago.  The experienced gelding has an extensive competition history having previously competed at the Barbizon Standard Show in France with Norwegian rider Martine Ottessen.

From 26 starters, the testing first round saw only 9 clears make it through into the jump off and it was the British Showjumping Oxer coming round a tight corner after a gallop from the double which caught many competitors out in the jump off, leaving just two contenders for the crown. Well ahead of the competition was Kitty with a time of 38.66s, followed by Torryn Hubbard riding Heartbreak Express in second.

As Kitty cheered her pony on with encouraging words throughout their second round it was clear that Allihies Fir Baoi has become a well loved and cared for member of the Underwood Family. Kitty’s mother, Lara Underwood, explains: “We don’t jump him often, and only take him out to the odd show. We look after him so that’s what is most important.”

Kitty has had a busy few weeks and is heading home with two Championships under her belt after winning at the SEIB Trailblazers Championships last week.

Surprise Twist in the Pony Bronze league 148cm & Under Championship

It was the second win of the British National Showjumping Championships show for Oxfordshire based 15-year-old Eloise Burden, riding Penelope Oakley’s 5-year-old Happy Hero in the 148cm Pony Bronze League.  With 21 combinations out of 39 starters making it through to the second round, the challenge was stepped up with only four riders claiming a double clear. 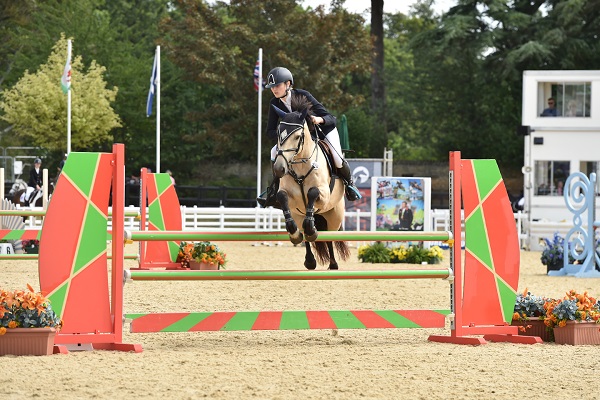 Fresh from her win on Wednesday in the Pony British Novice Championship, Eloise and Happy Hero made light work of the track finishing with a seven second lead over second placed Katy McFadyen riding her mother’s Red Flamenco.

When asked about Happy Hero, Eloise warmly said that “she’s a special pony who tries really, really hard. She’s just amazing.” Explaining how she managed to claim the title, Eloise told how “she’s [Happy Hero] not usually a forward-going pony so I needed to use turns to my advantage. I really didn’t expect to come here and win two classes, so it is a dream come true.”

The Bronze and Silver Pony/Rider Combination League was introduced by British Showjumping in 2014 and allows all pony riders to be able to track their progress on a regional and national league table. There are three leagues; Bronze, Silver and Gold and they are split into three height categories of 128cm, 138cm and 148cm.