Today the greatly anticipated first leg of the Horse of the Year Show (HOYS) International Wild Card Series took place in Championship Arena 1 in the shape of the National 1.40m Championship. The audience was expecting to see some exciting top class competition and the championship did not disappoint.

The HOYS Wild Card Series has three heats at the six day show; leg one took place this afternoon and leg two follows tomorrow with fences at a maximum height of 1.45m. For the culminating final on Sunday 11th, the fences will be a maximum height of 1.50m, which promises edge of your seat action and a great way to celebrate the final day of the six day show. The recipients of the three Wild Cards will then automatically be qualified for the International Competitions at Horse of the Year Show 2017 (4th – 8th October) where the qualified rider will be entitled to enter three horses plus one for the Puissance. 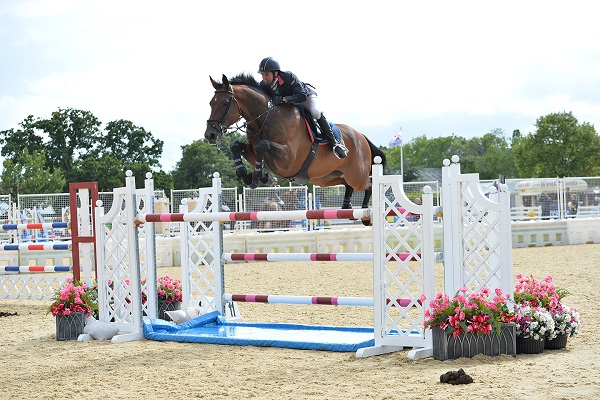 Mark explains: “I was a little bit off the oxer, but the gelding flew it. I was early to go in the jump off- which was tricky. If I had to go back and do it again I wouldn’t”.