HAVING not being able to sit or stand a day before the start of the competition, 2017 Champion Oliver Townend was delighted with how he started this year’s Land Rover Burghley Horse Trials.

Ellesmere’s Townend and horse Ballaghmor Class sit second in the overall standings after the second day of dressage action at Burghley House, near Stamford. And the 38-year-old hailed the work of his horse and GB Equestrian’s head of physio for helping him in his quest to reclaim the Burghley crown. 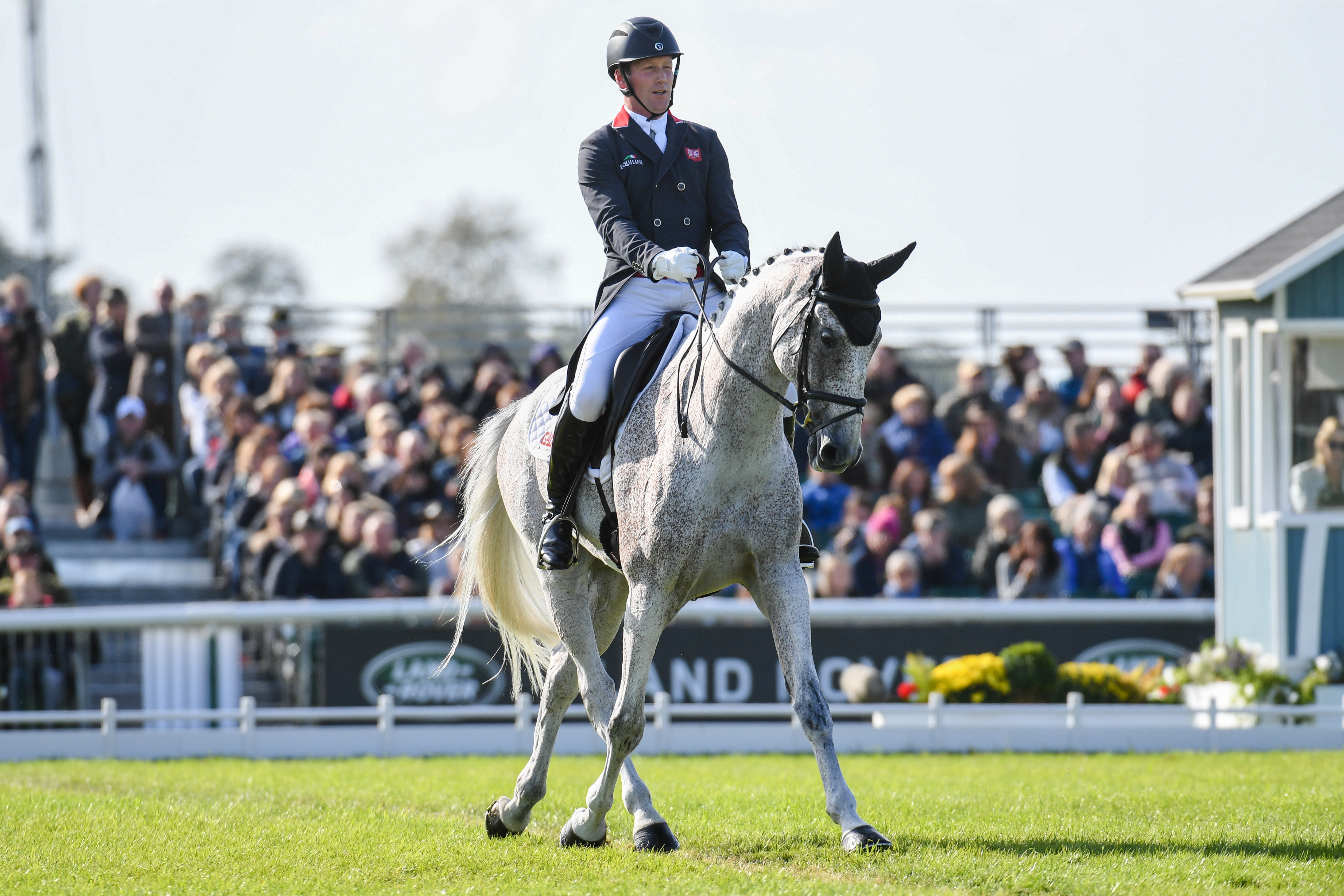 He said: “He’s getting very established now; he’s a lot more strong than he used to be and I’m really happy. “He’s still only 12 – we know  how good he is but he’s not finished improving and I don’t think we’ve seen the best of him even though he’s finished first and second on his two appearances at Burghley.

“I was really struggling with a back injury before the event and I couldn’t have done anything without the help of Ashleigh Wallace. “She’s been a miracle worker and hopefully I can continue to get stronger as the competition continues.”

Elsewhere, Claverley’s Emily Philp, 34, admitted her debut Burghley performance was tinged with disappointment after finishing 31st at the end of the dressage stage on Camembert.

“A lot of the work was really good, but some of the changes and the canter work let us down which is frustrating because at home I’ve seen him do it,” she said. “I think he was just excited about everyone clapping and cheering, but he’s incredible and I’m so thrilled to be here.”

The world-renowned Land Rover Burghley Horse Trials is one of only six five-star events in the eventing calendar - and one third of the Rolex Grand Slam of Eventing. It has become one of the most popular and highly regarded events within the equestrian and social calendars, ranking within the UK’s top ten national sporting occasions by attendance.

Two days of dressage are followed by cross-country on Saturday and the showjumping finale on Sunday at family-friendly Burghley, which attracts more than 160,000 visitors each year.

Ahead of the second phase of the competition, Townend admitted his back pain had dampened his enthusiasm for the brutal jumps coming his way. “I’m not looking forward to any of it,” he said. “But my horse has got his best bits to come and I’ll make a plan to make sure we execute it as best we can.

“I think we’ve got a good chance of challenging at the top after the dressage phase so hopefully we can build on a good performance so far.”

FORMER champion Pippa Funnell admitted she made up for earlier disappointment after topping the 2019 Land Rover Burghley Horse Trials leaderboard at the conclusion of the dressage phase.

The Dorking-based rider, 50, sits equal-14th with Billy Walk On after an error-strewn test, but put things right with a score of 22.8 with MGH Grafton Street to top the ranks after day two of equine action at Burghley House, near Stamford.

Having recently returned from Team GB action at the European Eventing Championships in Luhmühlen, Funnell believes it may have taken her some time to get into the groove of the competition.

But, having had a stern with herself after a below-par day one, she was thrilled with the way she responded on the second of two rookie horses at five-star level.

She said: “Last night I was thinking it was ridiculous how low down I was in the standings and I knew I had to get my act together today.

“He was really good, but he’s a horse that has always scored well on the flat. He seems to get good marks in dressage, even though a lot of the time I don’t feel that comfortable riding him.

“But today it all came together. I just hope that can continue because he’s quite the comedian and I don’t think it’s over with this horse by any stretch.”

Elsewhere, Rebecca Gibbs – also from Dorking – is hoping she can make it to the final day at this year’s competition after having to withdraw before the showjumping phase with De Beers Dilletante in 2018.

Sitting 36th in the standings after the dressage, she said: “I’m really hoping he can do it because he deserves it for his CV.

“He’s quite relaxed and he’s been really good so far. I’ve really looked after him and he’s just got to go for it now.”

The world-renowned Land Rover Burghley Horse Trials is one of only six five-star events in the eventing calendar - and one third of the Rolex Grand Slam of Eventing.

It has become one of the most popular and highly regarded events within the equestrian and social calendars, ranking within the UK’s top ten national sporting occasions by attendance.

Two days of dressage are followed by cross-country on Saturday and the showjumping finale on Sunday at family-friendly Burghley, which attracts more than 160,000 visitors each year.

Ahead of the second phase, competition leader Funnell admitted there was plenty to play for with many questions to be asked by the cross-country course.

“Dimensionally, it’s very big and you have got to concentrate from the beginning to the end,” she said.

“There are also some seriously big fences out there and it’s going to be a challenge. But that’s what it’s like at Burghley and I can’t wait to get out there again.”

The multi-award winning Land Rover Burghley Horse Trials (September 5 - 8) has been established as a major international equestrian and social event in the Autumn Sporting Calendar for over 50 years. For more information visit burghley-horse.co.uk