An ecstatic Yvonne Goss claimed her first British Showjumping National Championship title in the Retraining of Racehorses Club League Championship this morning taking place in the JS Teamwear Championship Arena 2. The renowned team chaser, riding superstar Untilla Legend, stormed into the lead in the jump off in an effortless fashion. 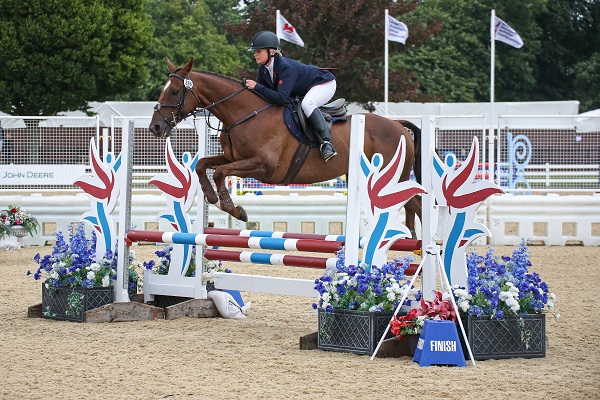 The successful combination are two-time winners of the cross-country ride Golden Button Challenge and achieved four British Novice double clears in 2016 allowing them to qualify for the second rounds. Yvonne, from Chipping Norton, dotingly described how homebred, 11-year-old Untilla Legend, is “fun, enjoys life and absolutely loves competing”. Untilla Legend was destined to become a racehorse until he suffered hairline fractures on the gallops, resulting in him changing tac and instead gaining a successful career as a team chaser. Yvonne explained how she has “always been confident on him” because she “knows his ability and he never lets me (her) down”.

When asked about the course, Yvonne described it as “lovely” and her tactics were to “sit quite, do her lines and leave him to it”. While the combination’s secret to success is that “he [Untilla Legend] never doubts me [Yvonne] and I never doubt him. It’s all about trust.” It’s a busy few months ahead for the lovely pair as the RoR Goffs UK National Championship at Aintree Equestrian Centre are coming up later this month followed by the British Riding Clubs National Championships in Lincoln in September and they then get back to team chasing until November.

Just over 5 seconds behind in the jump off were Jessica Westwood and Monkerty Tunkerty. A miscommunication at a tricky oxer meaning third place for Suzie Beeson and Magnetic Pole.

The continuation of the Retraining of Racehorses classes certainly didn’t disappoint as the RoR Bronze League Final Championship kicked off in JS Teamwear Championship Arena 2. Paige Smart and 14-year-old Jive Master II stole the lead with a jump off of 31.01 seconds. 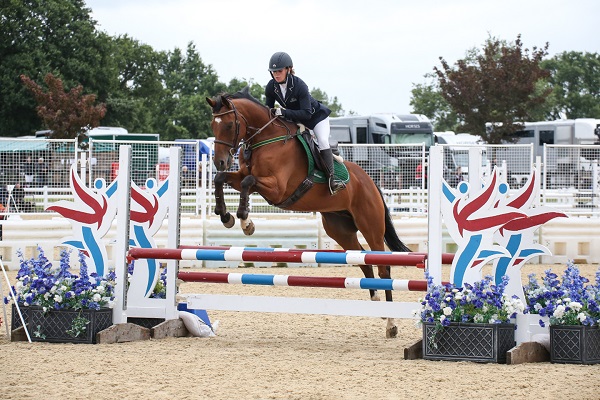 There were 19 starters, 13 clears and 6 double clears which prompted Paige to “step it up for the jump off.” Paige’s intention was to go in fast and clear: “I simply picked my line and stuck with it.” Commenting on the jump off, Paige explained how Jive Master II “went round as quick as he could and he jumped everything for me, I couldn’t be happier.”

The pair have been together for four and a half years and despite him being one of the trickier of horses Paige has ridden, in the last couple of years Jive Master II has really come into himself, resulting in the combination being crowned the RoR Bronze League Final Champions last year at the British Showjumping National Championships.

The duo are both showjumping and eventing affiliated, and they are looking forward to going back to eventing for the remainder of the season having ended their showjumping classes on a high by becoming the Retraining of Racehorses Bronze League Final Champions.

Retraining of Racehorses (RoR) is British horseracing’s official Charity for the welfare of horses who have retired from racing. RoR raises funds from within racing to provide and maintain facilities for the care, retraining and re-homing of former racehorses and to promote awareness of the suitability of the retrained racehorse for other equine careers. Working closely with the sport horse organisations and media, RoR promotes the adaptability of racehorses to other equestrian activities, and has a well-established programme of competition sponsorship.  In addition, RoR holds educational events across the country to help owners look after and train their former racehorses. For more information, visit www.ror.org.uk.