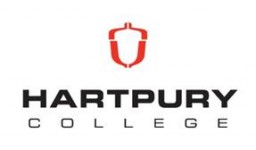 British rider Matthew Sampson’s double clear round saw him claim top honours at the Hartpury Showjumping Spectacular over the weekend.

Despite Sampson’s win, it was Rachel Stanley who finished the event as the most decorated rider. Riding her own Carneval De La Blanche, Stanley finished top of the Shearwater Amateur ‘A’ Tour first leg before picking up further third and first place finishes later in the day riding Quidelle Du Reverdy.

Current student and equine academy rider, Jessica Balmer, finished off a successful weekend with a third placed finish riding Westwind Salamanca in the Blue Chip Dynamic B&C Championship Qualifier, which was being held at the event for the first time. The Equine Business Management student also securedeighth place in the Ermin Plant Open Warm Up Handicap Small Tour as well as riding a double clear in the Monarch Equestrian Small Tour first leg.

Several other Hartpury riders were also on show throughout the weekend’s classes.

Event Director, Philip Cheetham, said: “It was another year of really high-quality showjumping, with many riders looking ahead to Olympia. There were some excellent performances throughout the weekend for the crowd to see as well as several exciting young riders, many with ties to Hartpury, showing their potential over the three days.

“Thank you as always to everyone who helped make the event the success that it always is and to the crowds, who provided an excellent atmosphere on all days.”

With 12 events on show across the three days, including two new competitions in the form of Blue Chip Championship qualifiers, there was plenty of top-class riding on show. Laura Edwards claimed the opening win of the weekend riding Cruise King to top spot in the Ermin Plant Open Warm Up. There were also wins for Nicole Pavitt, Mark Edwards, Alfie Bradstock and Jasmine Punter.

Full results of the weekend’s classes can be found at http://www.hartpury.ac.uk/equine/event-schedule-and-results/december-2014/

Away from the riding, budding commentator and Hartpury student, Sam Gerrard-May, impressed the crowd with his skills as he joined regular, Andrew Pollard, in the commentary booth.