Grass laminitis typically occurs in the spring when the early flush of grass produces a highly nutritious feed, rich in water soluble carbohydrates (sugars). Horses are not designed to consume such rich feed and so restricting the time at pasture or using a grazing muzzle is essential if intakes are to be controlled. However, there are other problems associated with spring grass that need to be considered if health and welfare are to be maintained. 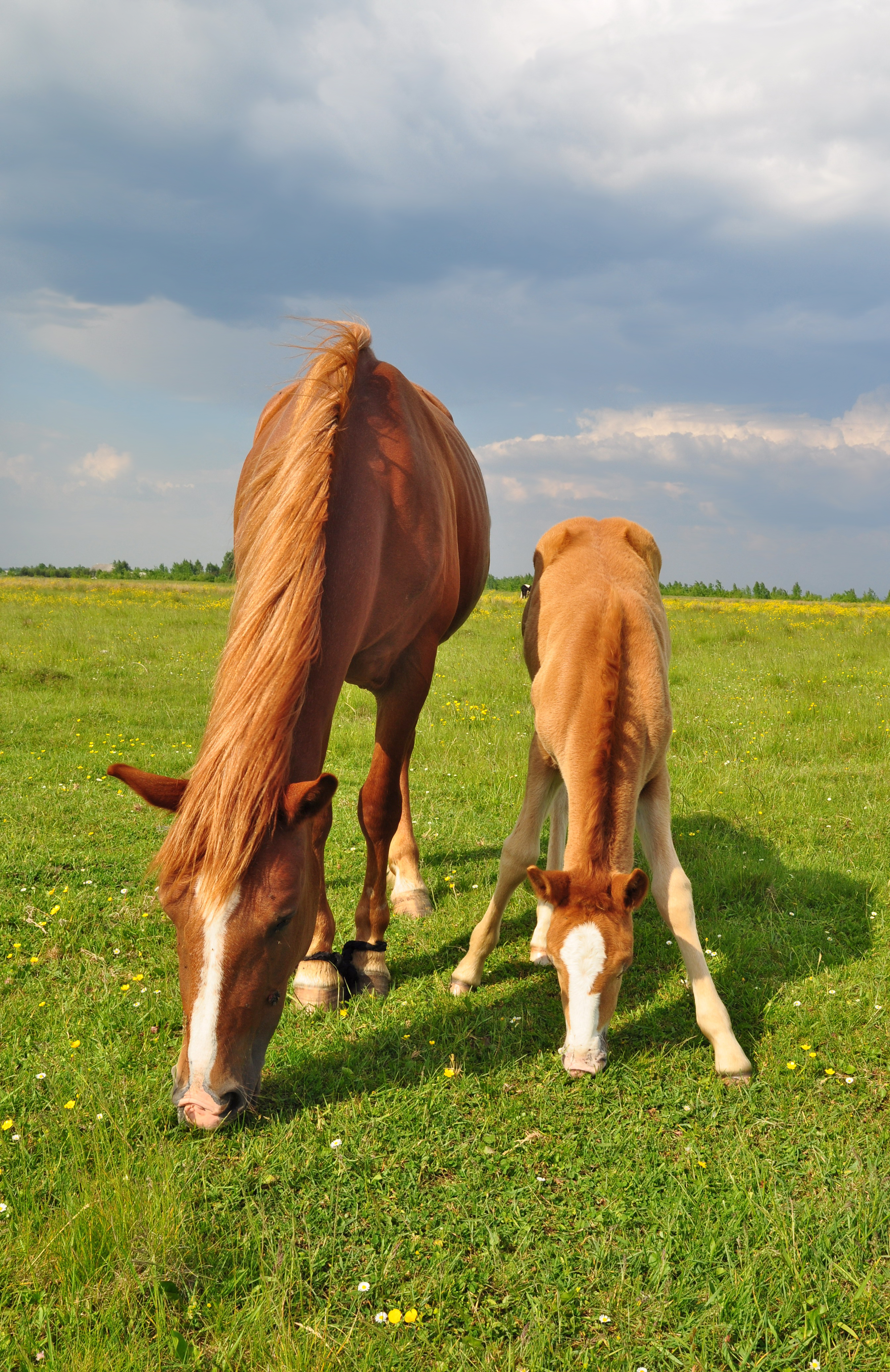 These problems go hand-in-hand with the rise in temperature and humidity in spring which increases pollen production, and the growth of mould and bacteria. This will increase the concentration of respirable particles (< 5µm in size) in the air which can cause respiratory disorders in horses. While mould spores and lipopolysaccharides (a constituent of gram negative bacteria) are known to cause RAO in horses (Pirie et al., 2003; McGorum et al., 1998; Wichert, et al., 2007), the latter being higher in summer than in winter, others have also identified pollen as one of the potential allergens for susceptible horses (McPherson and Thomas, 1983).

Inflammatory Airway Disease (IAD), often said to be a less severe version of Recurrent Airway Obstruction (RAO) is thought by some veterinarians and researchers to be a reaction to a bacterial infection. Likewise, Summer Pasture Associated Airway Disorder can be caused by an allergic reaction to organic dust when out at grass. While little can be done about these organisms in the air, prevention of sensitization of the horse by maintaining a low dust regime wherever possible is the best avoidance strategy for all these allergic respiratory disorders. 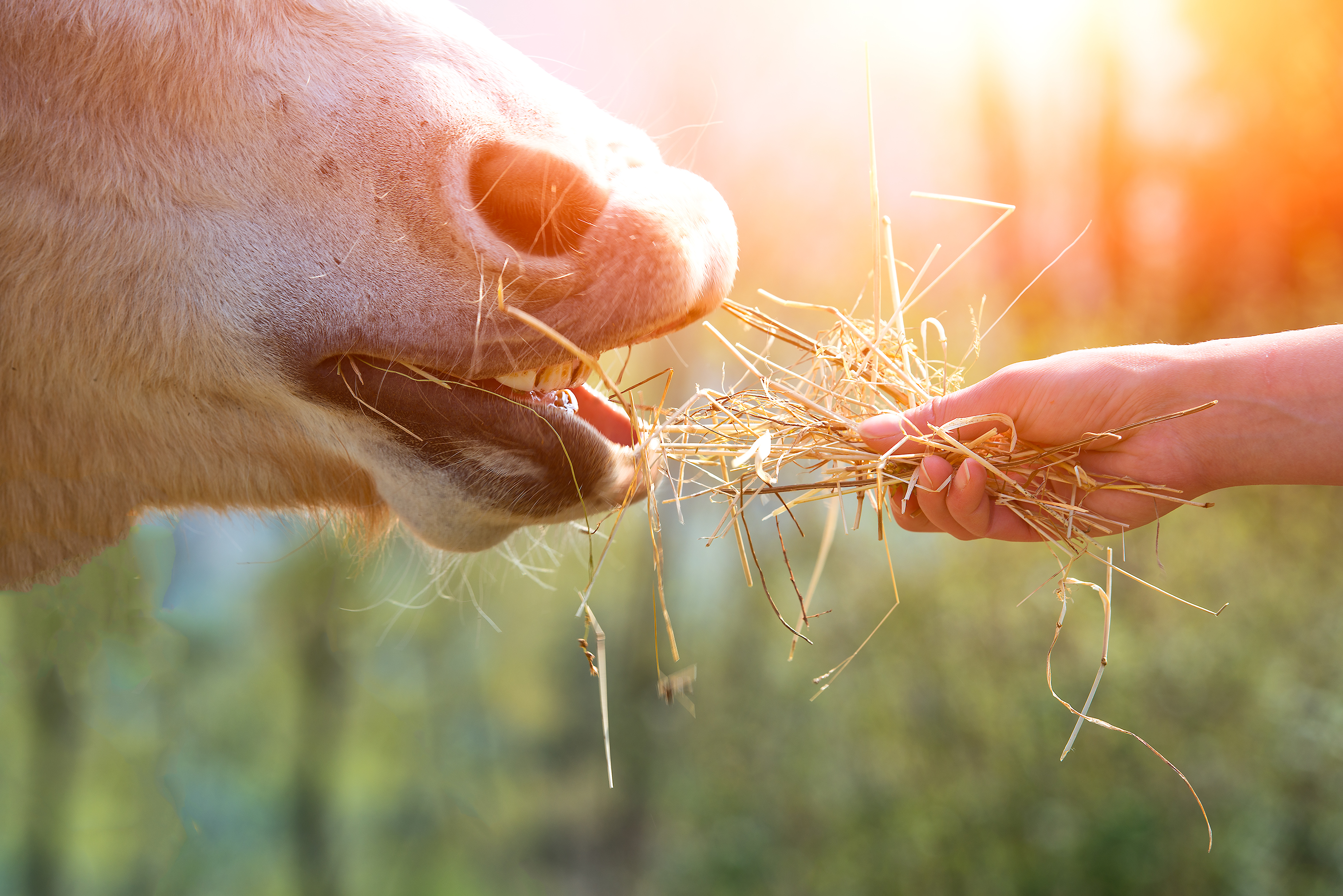 The warmer – stiller air conditions of spring reduces natural ventilation the stable environment, which can become very dusty. In such a situation owners should take great care to remove the dust from the horse’s breathing zone and that means treating the fodder so that respirable particles are kept to a minimum during feeding. Studies by Moore-Colyer and Fillery, (2012) and Taylor and Moore-Colyer (2013) have shown that steaming in a specifically designed Haygain hay steamer HG 600 is the only sure way of reducing respirable particles, mould and bacteria in hay. Partial steaming in home-made steamers or soaking the hay where complete steaming at the necessary high temperatures cannot be achieved only reduced mould by 70% but actually increased bacteria in the fodder. Increasing lipopolysaccharides by stimulating bacteria growth can increase the incidence of RAO (Pirie et al.,2003) which is clearly undesirable.

Spring grass is low in fibre, so even if you are able to keep your horse at pasture it will still need some fibrous fed to maintain a healthy gut. Offering small amounts of properly steamed hay will ensure the provision of hygienically clean palatable roughage thus helping to maintain a healthy digestive tract and respiratory system.

If finding a high-fibre hay with a relatively low WSC content is not possible then the latest published research suggests a combination of both soaking and steaming is the next best option. Moore-Colyer et al 2014 recommends a 9 hour soak followed by a 50 minute steam for reducing WSC.

Taylor, J. and Moore-Colyer, M.J.S. (2013) The effect of five different wetting treatments on the microbial concentration in hay for horses. Proceedings of the European Equine Health and Nutrition Congress, Ghent, Belgium.