In the JS Teamwear Championship Arena 2, Nicola Barry made the National Grade C Championship her own with the seven year old gelding Be Caprivi. 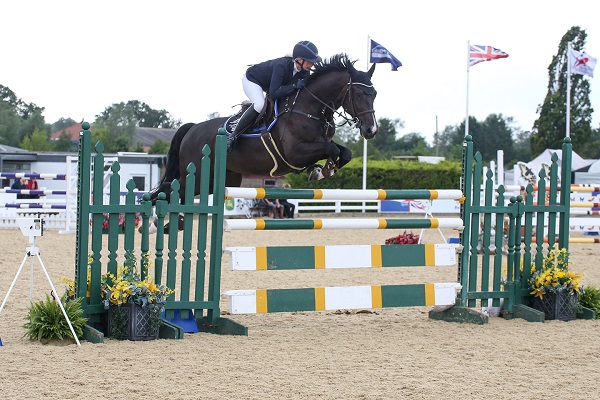 The celebrations continue for Nicola, after getting married on Wednesday, the newly wed, commented: “I prepared the horse for the jump off, as I was conscious of the potential to take a pole”.

“He is a fantastic horse that wants to win, he won the Newcomers second rounds at Southview last year, as well as classes abroad at CSIYH1* - Mantes la Jolie and he has improved dramatically since then,” explained a delighted Nicola.

The combination will be heading off to the Bolesworth Young Horse Championship next week where they hope to take another title.

Jocasta Symons showed the crowd exactly how it is done with Duffy II in the National Grade B Championship, producing the only double clear of the class to take the win.  Sixteen year old  Jocasta  and the 10 year old bay mare have been a partnership for two years, and in that time have gained experience together as well as built a great connection, with this being the biggest win of their career to date. 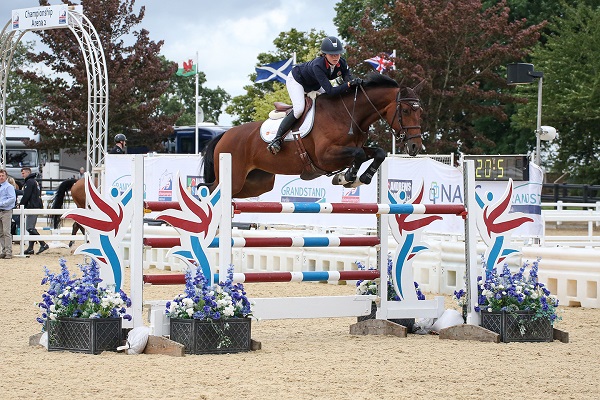 Jocasta beamed: “the pressure was on to jump clear, but she’s so careful I can trust her”.

Duffy II is based with the Fletcher family and is having a flying season taking multiple wins, such as the 1.30 open at Rectory Farm this season. The combination will also be jumping the U16’s later this week where they hope to have the same success.

The first class of the day in Championship Arena 1 at the British Showjumping National Championships 2019, saw 29 riders come forward to contest the National 1.25m Restricted Rider Championship. The glory was that of Daniella Johnston aboard the twelve-year-old gelding Cavalier Road. Out of the handful of riders that made it through to the jump off, the best was saved until last where the combination secured the title with a quick jump off time of 41.18 seconds. 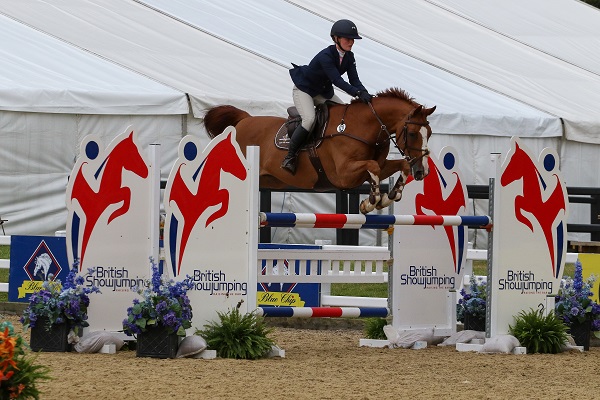 Daniella commented on her round: “I ended up going a lot faster than I originally intended, I did a couple of tight turns and took a stride out to the last”.

The pair have been together for four years now: “Our partnership is finally starting to come together and have a lot of success”.  As well as taking the title today, the combination also won the 1.30 open at Bishop Burton College last month, and will be jumping the U21’s here on Sunday where they hope to have the same success.

Following the National Championships, Daniella will be having a break from showjumping and will be heading to the BSPS Championships at Arena UK with her other horse Elton John II for the working hunters, where she hopes to take another championship title.

Emma-Jo Slater partnered with five year old gelding Kimba Castello owned by Kim Barzilay, won the Senior British Novice Championship Final on Day 5 of the British Showjumping National Championships 2019. There was a strong jump off of 35 horse/rider combinations going through, with everyone going the same route in the jump off, it was a case of how fast the combinations could make up the time in between. She said: “For only a five year old the gelding knows his turns, and likes to go fast.” 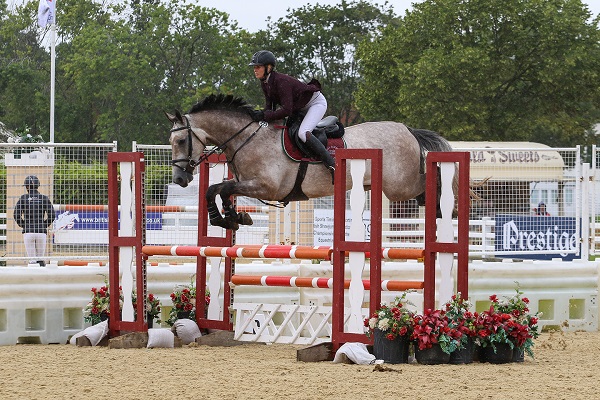 This is the sixth time Emma-Jo Slater from Buckinghamshire has won this Championship; and the third time she has won it on a homebred.

Kimba Castello, is currently jumping Foxhunter classes and the aim for 2020 is to jump the Newcomers and Foxhunter second rounds. “For the gelding’s size he is incredibly obedient and knows where his legs are. He is only five years old so we are very pleased with the way he is going.”

Emma-Jo and Kimba Castello will be contesting the Nupafeed Supplements Senior Discovery Championship Final tomorrow morning, where they hope to have the same success. Following that they hope to jump the Winter Novice Series this winter.

The JS Teamwear Championship Arena 2 played host to the National 4 year old Championship Final today at the British Showjumping National Championships 2019. The Championship saw the stars of tomorrow compete under the watchful eyes of the judge Laura Stockdale and Liz Edgar. 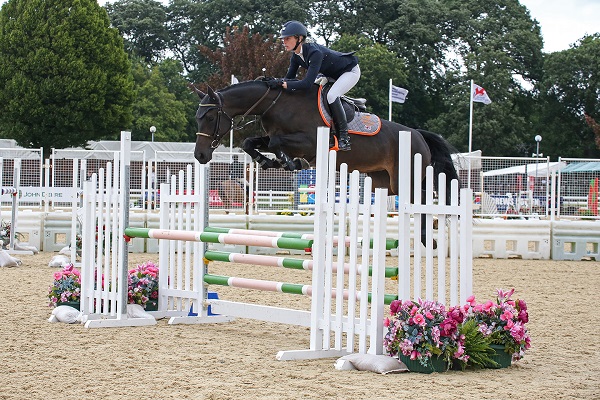 The 22 young horses were initially ridden on the flat and then over a course of jumps. A total of 20 combinations were called back for a second inspection and jumped over six fences. After much deliberation the judges decided on a clear winner: Silent Whisper ridden by Jessica Botham scoring 166 points, 4 more than second place winners Christopher Smith and Nicola Barry’s Knock Out.

The homebred mare Silent Whisper has been carefully produced by Georgia Marshall for this Championship. Prior to this competition the mare has had very few outings to shows, making the win even more impressive: “We have taken the mare to a couple of shows but not many, as we don’t like to over jump them as youngsters. The mare will probably have the rest of the season off now to give her time to mature”.

Christopher Smith and Knock Out take second place, with a joint third placing for both Yazmin Davis and Kate Natasja, as well as Ben Bick and Levito Z.