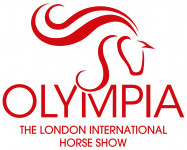 In its ongoing commitment to the environment, Olympia, The London International Horse Show, has once again put sustainability as a top priority for 2019. Taking place between 16-22 December, the week-long Show has reduced its use of single-use plastic again ahead of this year’s Christmas extravaganza.

Located in the heart of West London, the prestigious Olympia London has always been at the forefront of sustainability and waste management, pioneering several initiatives within the UK event industry. The London International Horse Show has, and continues to, work closely with Olympia London to create a more sustainable and environmentally aware event.

In their collaborative endeavour to fight the war on plastic, Olympia London and the Show have put several initiatives in place. In 2018, the Show eliminated 83% of its single-use plastic and packaging. Olympia London and the venue’s in-house caterers, Creative Events and Levy Restaurants have been working towards eliminating single-use plastic. Since 2018, plastic straws and cutlery have been replaced with recyclable alternatives such as paper straws and wooden and bamboo cutlery. Cardboard plates and vegware drinking glasses are now used and PET bottles of soft drinks have been replaced with aluminium cans.

All catering outlets offer discounted hot drinks to those who bring their own coffee cups, and Olympia London has gone into partnership with Simply Cups – the service was launched at Olympia, The London International Horse Show in 2018. Simply Cups provide separate bins for hot drinks cups, which are fully recycled into products, such as reusable cups. Guests will be able to find Simply Cups bins in the main catering areas of the Show.

In a drive to reduce energy consumption, all of the venue’s electricity is procured from renewable sources and all of the venue lighting in the arena and Shopping Village has been replaced with LED fittings – additionally, some of the rig’s incandescent bulbs will be replaced for the 2019 Show with environmentally – friendly LED alternatives.

Every year, more than 75 tonnes of muck, hay and straw – the equivalent weight of 200 horses – is delivered to a local farm where it is composted and used as fertiliser for crops, and this is an initiative the Show will continue in 2019.

Water stations will be available near the catering outlets on the North and South sides of the Main Arena, as well as by the Pillar Hall at the North end, and the Winter Market and APEX room on the Shopping Village Gallery Level – new stations for this year will be located by the Shop and Drop on the South Side of the Main Arena and Eighteen 86 restaurant on the North Side of the Arena.

Show Director, Simon Brooks-Ward, said: “Reducing the Show’s carbon footprint has been a significant goal for us in recent years and none more so than in 2019. As an International Show, we have a responsibility to set an example, which we are doing by continue to put new sustainability initiatives in place, and we look forward to seeing what we can achieve for many years to come.

“We encourage ticket-holders travelling from around the UK to Olympia to think about their carbon footprint by considering greener ways of travelling, specifically making the most of the excellent public transport links to the venue. We also ask guests to bring their own water bottles rather than buying plastics bottles at the Show.”

Siân Richards, Business Services & Sustainability Manager of Olympia London, said: “We are very proud of our waste management programme, which has ensured that 100% of the waste output has been diverted from landfill for well over a decade, with 98% recycled and the remaining 2% recovered as waste for energy.

"Most of the waste produced at Olympia London is sent to a local waste recycling plant, where it’s sorted and sent back into the manufacturing chain to be reused. The main exception to this is food waste, which is sent to an anaerobic digestion plant, where it’s converted into bio-fuel and fertiliser.

"Olympia London works closely with local food banks and charities around London to ensure that any useable food left over from the event is used to help those less fortunate.” 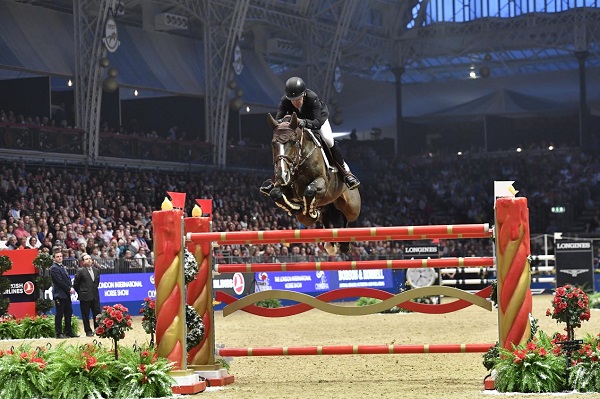 Olympia, The London International Horse Show will return once again for seven days of spectacular high-class competition. Attracting crowds and riders from around the world, the 2019 edition of the Christmas Show is sure to impress. Taking place at the iconic Olympia Grand, the expected 90,000 spectators will witness FEI World Cup™ action, which will begin on Monday 16 December, and will showcase the very best of Show Jumping, Dressage and Carriage Driving. Very much living up to its name, the International Show will also host a range of exciting performances and displays throughout the week, concluding with the greatly anticipated Olympia Grand Prix on Sunday 22 December.

To purchase tickets for Olympia, please visit www.olympiahorseshow.com or telephone the box office on 0871 230 5580.