Lily Attwood continued a run of British success at the TheraPlate UK Liverpool International Horse Show by winning the Voltaire Design speed class on Sunday. Lily followed up four-star international wins for Harriet Nuttall and Guy Williams, at whose Yorkshire yard she is based, yesterday by holding off a strong Irish challenge. 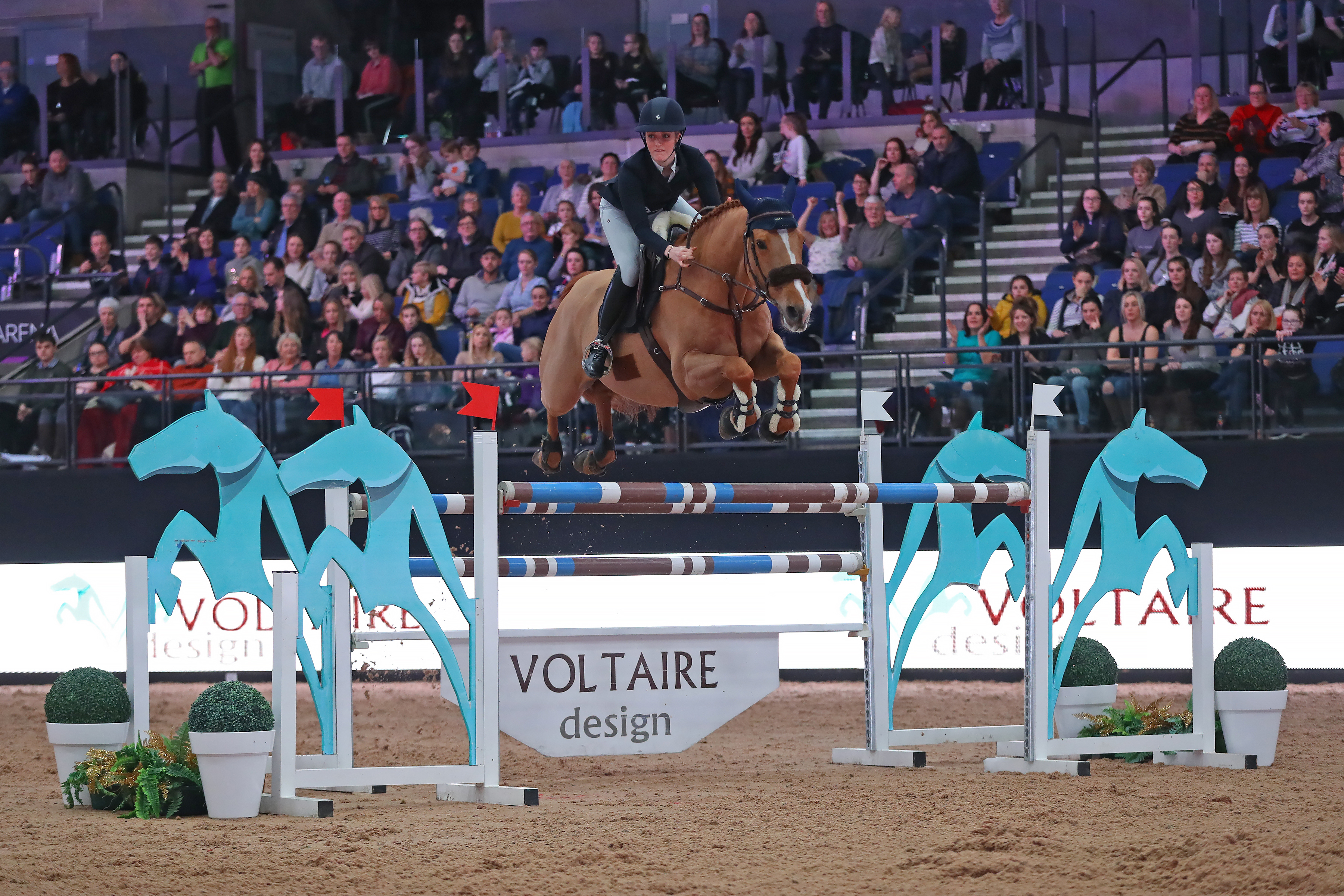 In front of a bumper crowd at the M&S Bank Arena, Lily stormed to victory with Karibou Horta, clocking 58.19 seconds and collecting a winner's purse of just over £4,000. Lilly finished second in Saturday's speed class behind Guy, but this time she was clear of the field.

Ireland's Daniel Coyle took second aboard Donjo in 59.51 seconds, being closely followed by Billy Twomey and Lady Lou in third, while Shane Breen and Clintofino was fourth.

"I saw Daniel go and I thought he was really fast," Lily said. "My horse is very naturally quick, so I went on a forward seven strides to the last, and it paid off."I have had him a year now. He is a nine-year-old, so he is still a bit inexperienced in these types of atmospheres.  "But he has really excelled himself and he is jumping phenomenally this week. I think he is a very good speed horse.

"I will do a 1.50m jump-off class with him tomorrow, which will be the biggest class he has jumped. I have brought him along slowly this year, and he is really proving himself. "I have learnt most of what I know from Guy this year, and to win a class here at Liverpool is fantastic." 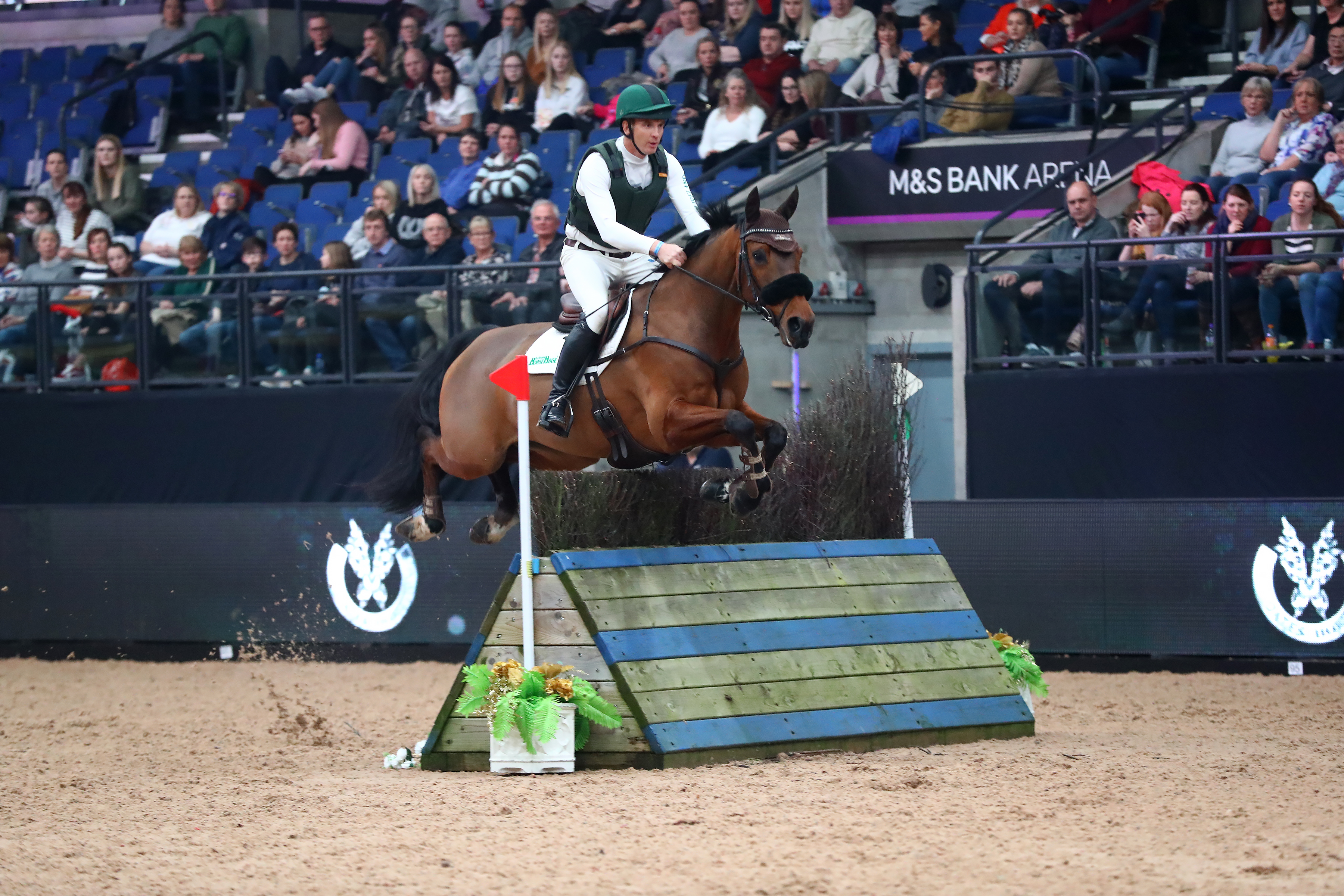 The class, sponsored by John Oates Horseboxes, tested rider and horse over a combination of showjumping fences and cross-country obstacles in a course designed by Captain Mark Phillips at M&S Bank Arena. Three seconds were added for every fence down, and Padraig did just enough, pipping British challenger Paul Sims and Second City by just six hundredths of a second to the £2,500 top prize.

"I knew it was going to be between the few riders that it turned out to be," Padraig said. "I have been chasing Cathal around Europe for the last few weeks, so I said no matter what happened here, I had to beat Cathal! That was my main objective. "I think it's an amazing concept. It is a brilliant night out for the owners, and it's a chance to be in a really nice venue like this here in Liverpool.

"We don't get that in eventing. We are in the fields in all the weathers - that's the sport, and that's great - but this brings a n new dimension. "It is a class that really captures the imagination. There was a great atmosphere, and the crowd love it. There was a great buzz. "When you put showjumping fences into a cross-country course, there are always going to be questions. And everyone was tempted by the joker at the end.