The Sky’s the Limit for Holly and Denver 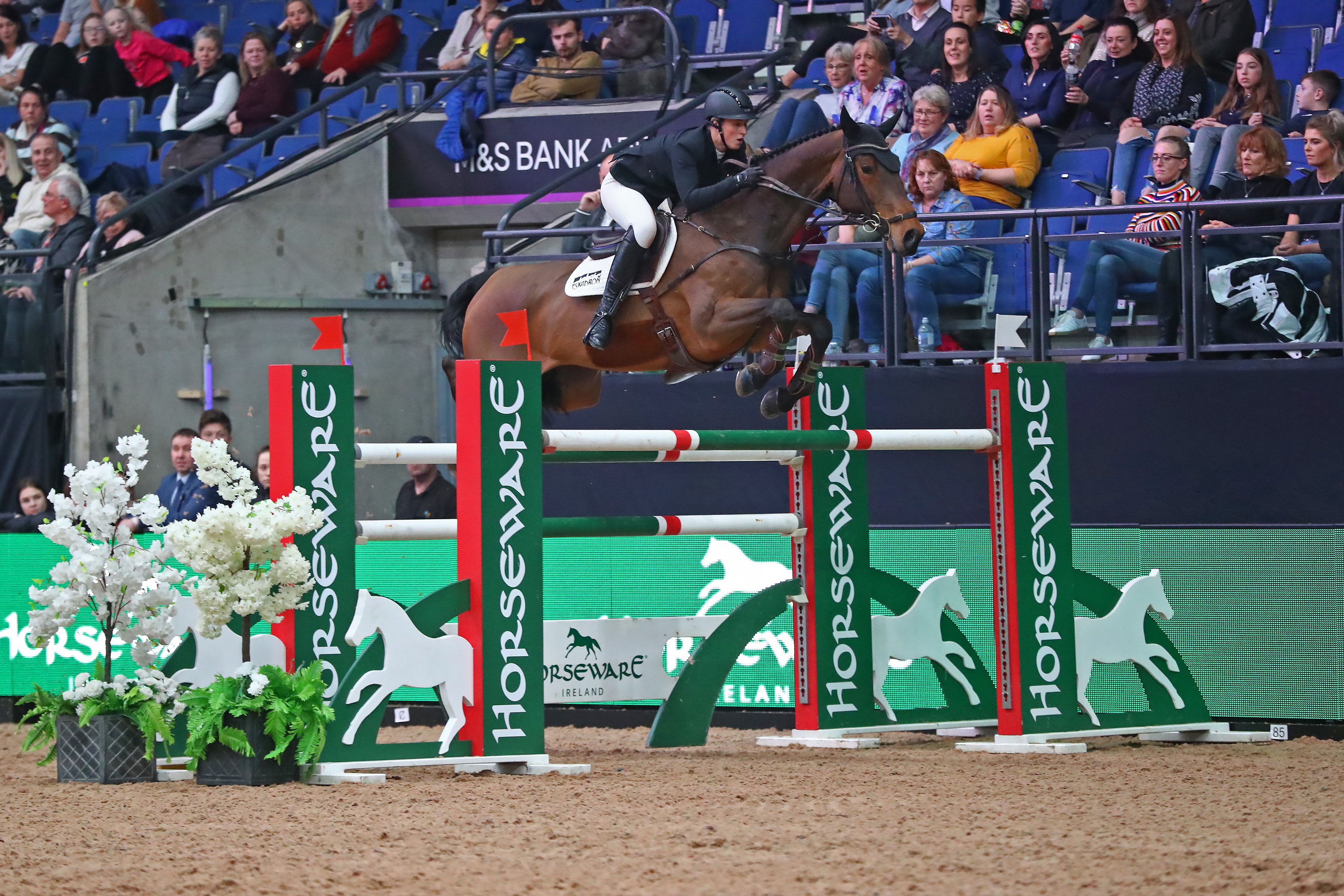 Ten combinations made it through to a race against the clock from 31 first round starters, but Holly and 11-year-old gelding Denver - a former eventer - proved a class apart. They clocked 29.66 seconds to land a top prize of £7,200, and provide further evidence of the horse's rich potential.

Ireland's Richard Howley finished second aboard Arlo de Blondel in 30.94 seconds, just one hundredth of a second in front of William Whitaker and Rmf Echo. Hailing Denver's display, Holly said: "He is an absolute freak of a horse - we absolutely love him to bits. He is so game and so athletic. "I haven't had him for long, but I don't know what we would do without him. The sky's the limit. "I just hope that everything goes to plan and we both continue to enjoy our jumping, and apart from that, we won't get too upset or excited.   "He really deserved this win and the recognition."

Melissa Races to the Finish Line

Melissa Garry led an exciting race to the line to open day three of the TheraPlate UK Liverpool International Horse Show with a stylish victory. Little more than a second separated the top four finishers in the John Deere at Turner Groundscare 1.25m amateur speed class. Melissa, from Westerham in Kent, guided Hotesse home in a time of 48.38 seconds, edging out runners-up Tracy Holder and Crispina Z by just 29 hundredths of a second. 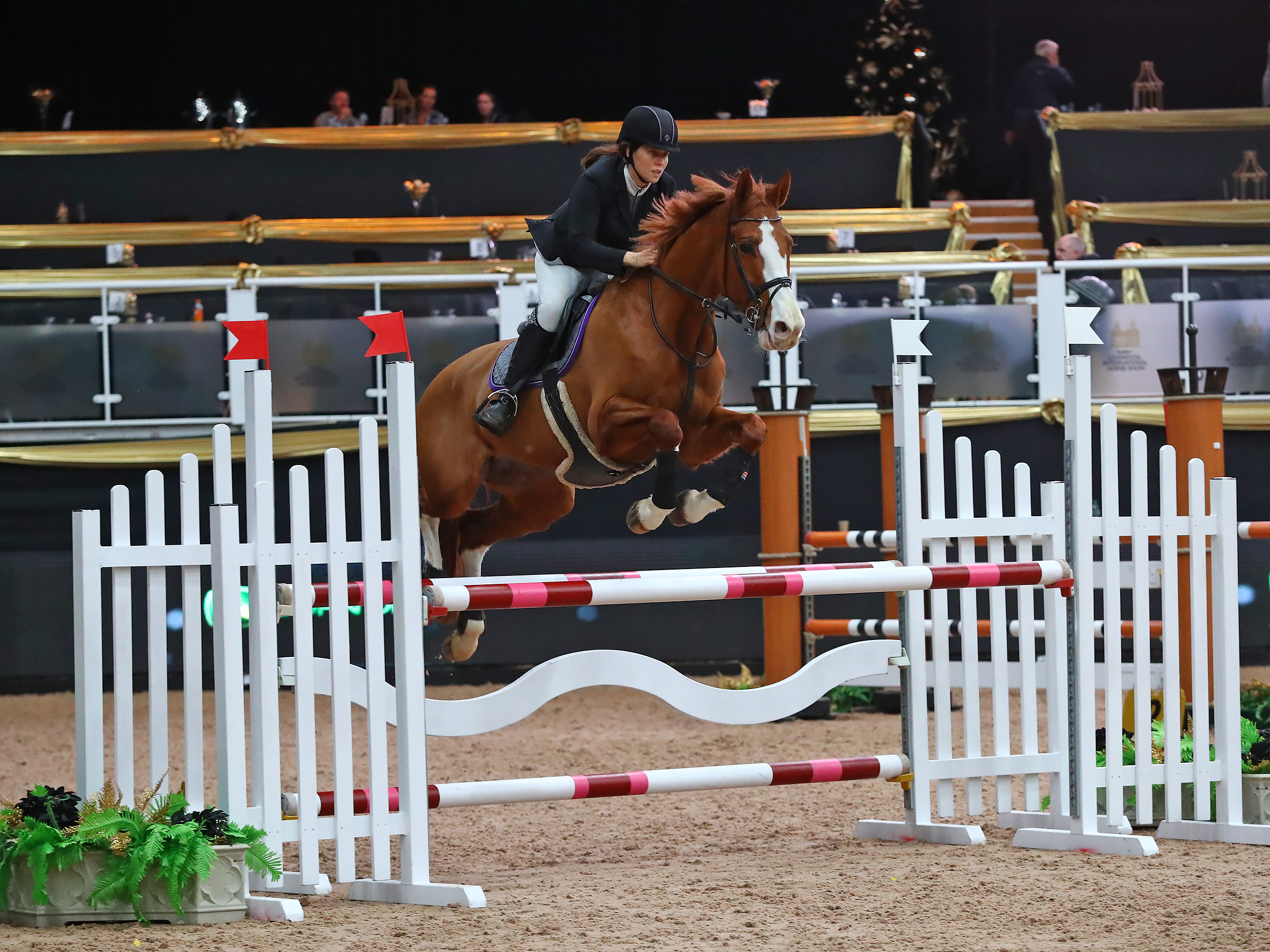 Ireland's Carol Gee was the early leader, but she had to settle for third on Fernhill Clooney, with Eleanor Hall Mcateer taking fourth aboard Crisanta. Morning action at the M&S Bank Arena then continued with the Clipmyhorse.TV amateur 1.15m speed competition.  And it witnessed a dominant display by Elah Conway and 11-year-old mare Acapella as they made the most of a late draw to take the class with time to spare.  And in doing so, the Barnet rider thwarted Cheshire-based Grace Wallace's bid for a second victory in 24 hours.

Tabitha Kyle completed a brilliant winning double at the TheraPlate UK Liverpool International Horse Show on Monday. Just two hours after winning the 128cm pony championship, Tabitha triumphed in the P. Gowans Civil Engineering 138cm Championship. It meant that she ends 2019 with a double at Liverpool, a double at the Horse of the Year Show and more than 150 wins in all competitions. 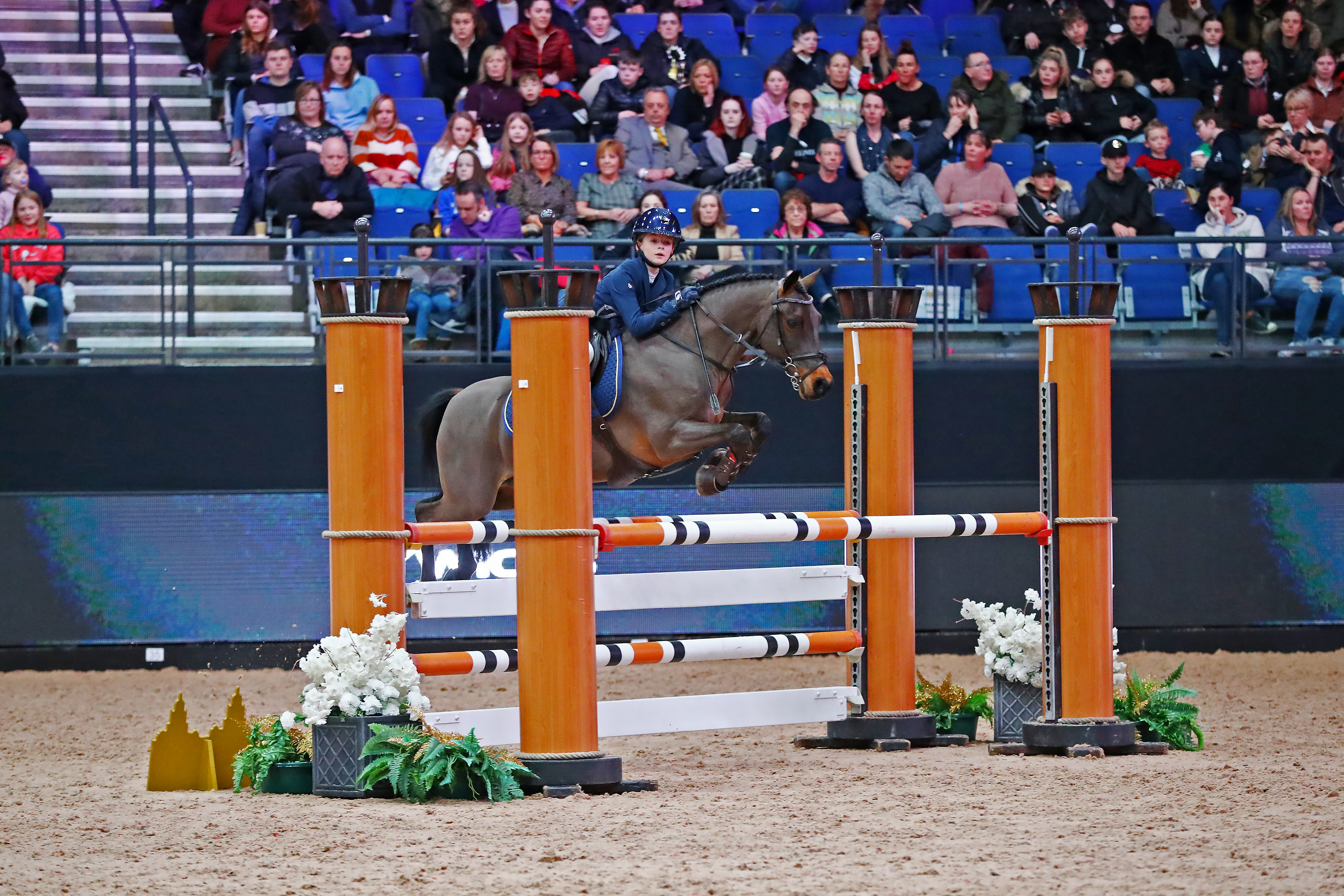 Those remarkable statistics underpin an amazing talent who, at just 12-years-old, continues to thrill audiences with her outstanding riding. As in the 128cm class, she won from last to go in the jump-off, this time riding Playboy Van De Zoetewei.

"I have won three on the trot now of of the 138cm class here at Liverpool," Tabitha said.  "I hit the wing pretty hard on my first pony in the jump-off (Lissduff Royal), and that pushed me back in my confidence a bit. "But as as soon as they opened the gate, I just concentrated on the round with my second pony. "It's an amazing feeling, just so great. I am thrilled just to be invited here again, and it has been such a great experience."