Ireland's Daniel Coyle delivered a victory that probably surprised even himself at the TheraPlate UK Liverpool International Horse Show on Monday night. Daniel had not ridden 11-year-old Donjo until this week, but it was never apparent as they convincingly took the Old Lodge Stud 1.50m jump-off class in front of a capacity crowd at the M&S Bank Arena.  Last to go in a 10-combination jump-off, they faced a daunting target of 33.11 seconds set by Britain's William Whitaker and Rmf Echo. 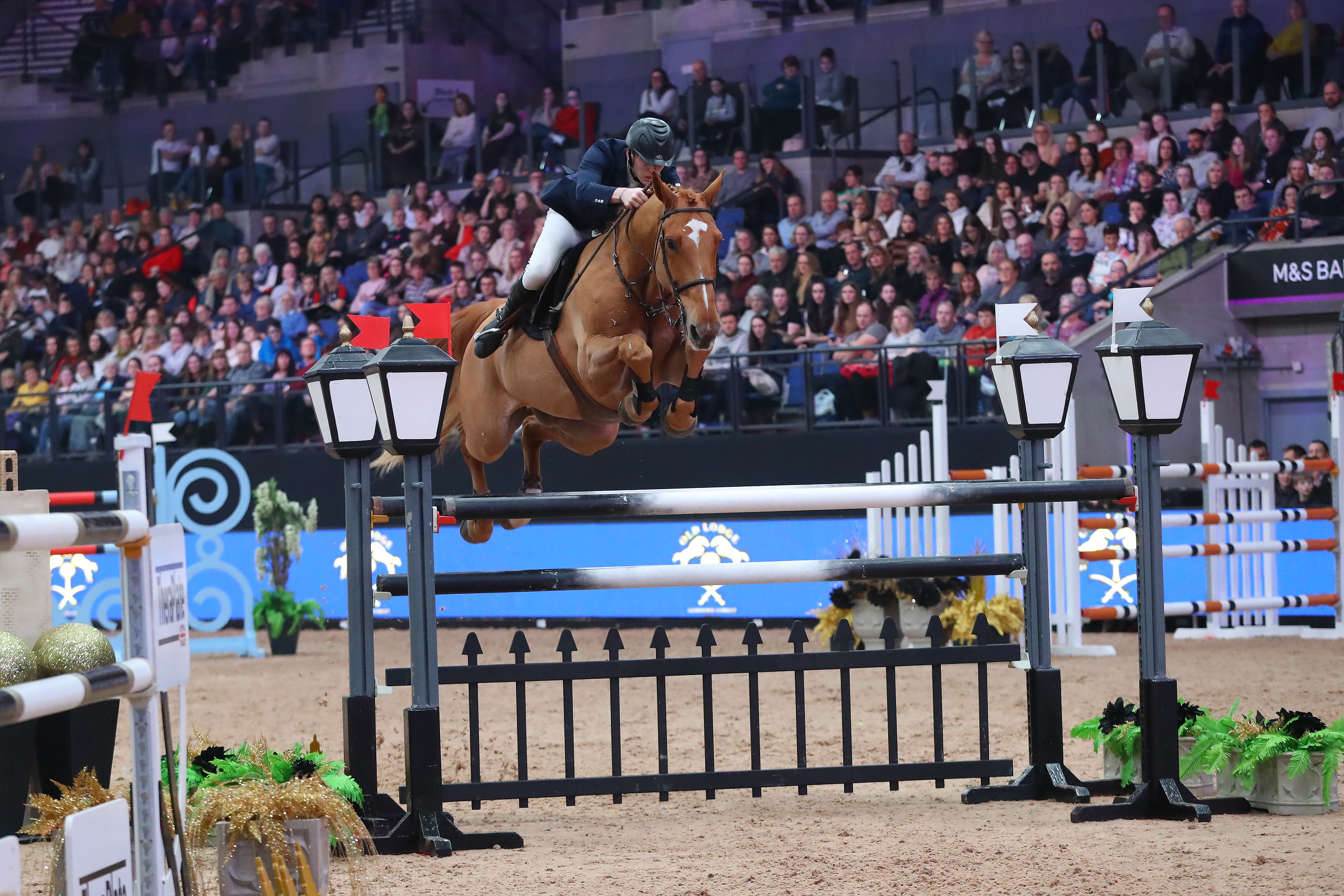 But they made light work of it, crossing the finish line in 31.14 seconds to secure a £7,200 top prize, with Australian challenger Rowan Willis taking third aboard Cartouch III and Jack Whitaker finishing fourth on Scenletha.

Reflecting on his win, Daniel said: "I was lucky enough to be last to go. Everybody was trying to go really fast, and I was in the lucky position that I was able to wait until the end, so I knew what I had to do. "I don't really know the horse. I rode him here for the first time, and he has been brilliant all week. I am very happy with him. "I ride for some Canadian people, and they had the horse with a different rider and the partnership wasn't going well. "I said I was coming over here for Christmas. I said I could jump the horse here, and it was decided to give it a go.

"It fell into place more than it was thought of, so that's how I ended up riding the horse. "From what I can tell this week, he has been very grumpy in the stable, which is very strange, because out of the stable he is like a gentle giant. And I think that's a little bit of his character when you are riding him as well." 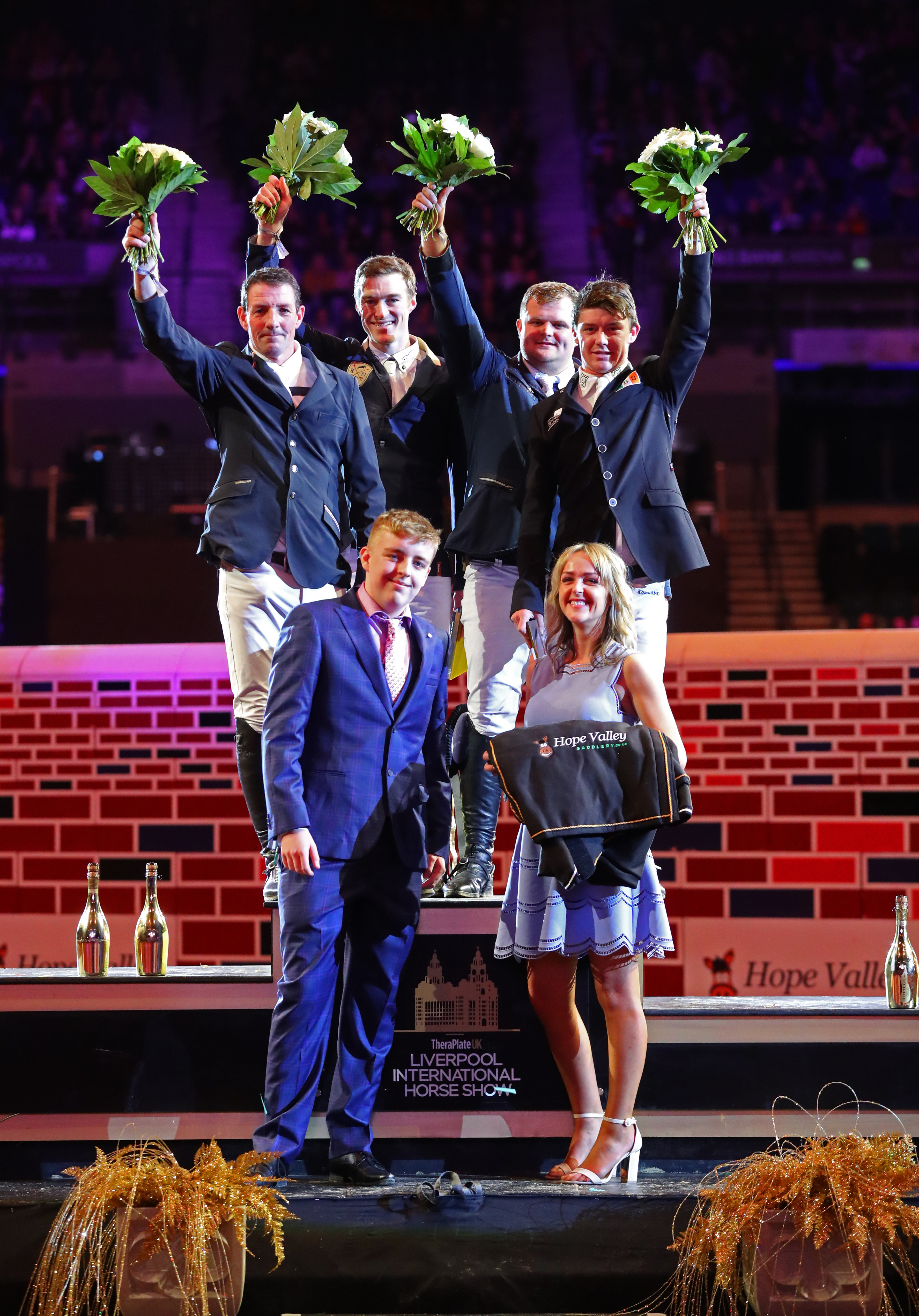 The top prize was shared by British challengers William Whitaker, riding Rmf Charly, Guy Williams on Mr Blue Sky UK and Harry Whall with Quality Old Joker, plus Ireland's Michael Pender aboard Hearton du Bois Halleux. It meant a thrilling finale to day three in front of a 5,000-capacity crowd at M&S Bank Arena.  And there can have been fewer finer collective exhibitions of power-jumping anywhere in Britain or Europe this year as one of equestrian sport's most traditional competitions once again took centre-stage.

The standard was set in round one when nine from 12 combinations cleared the famous red wall. And such a blistering standard was maintained all the way through, with each winning rider collecting just over £2,000 and receiving a rapturous reception after a class that will live long in the memory.

Irish titan Billy Twomey won the TheraPlate UK Liverpool International Grand Prix for a remarkable third time in five years after an exhibition of world-class showjumpjng at the M&S Bank Arena. Billy, one of the most consistent Irish riders of his generation, followed Liverpool grand prix wins with Diaghilev in 2015 and 2016 by scooping a £26,000 top prize. 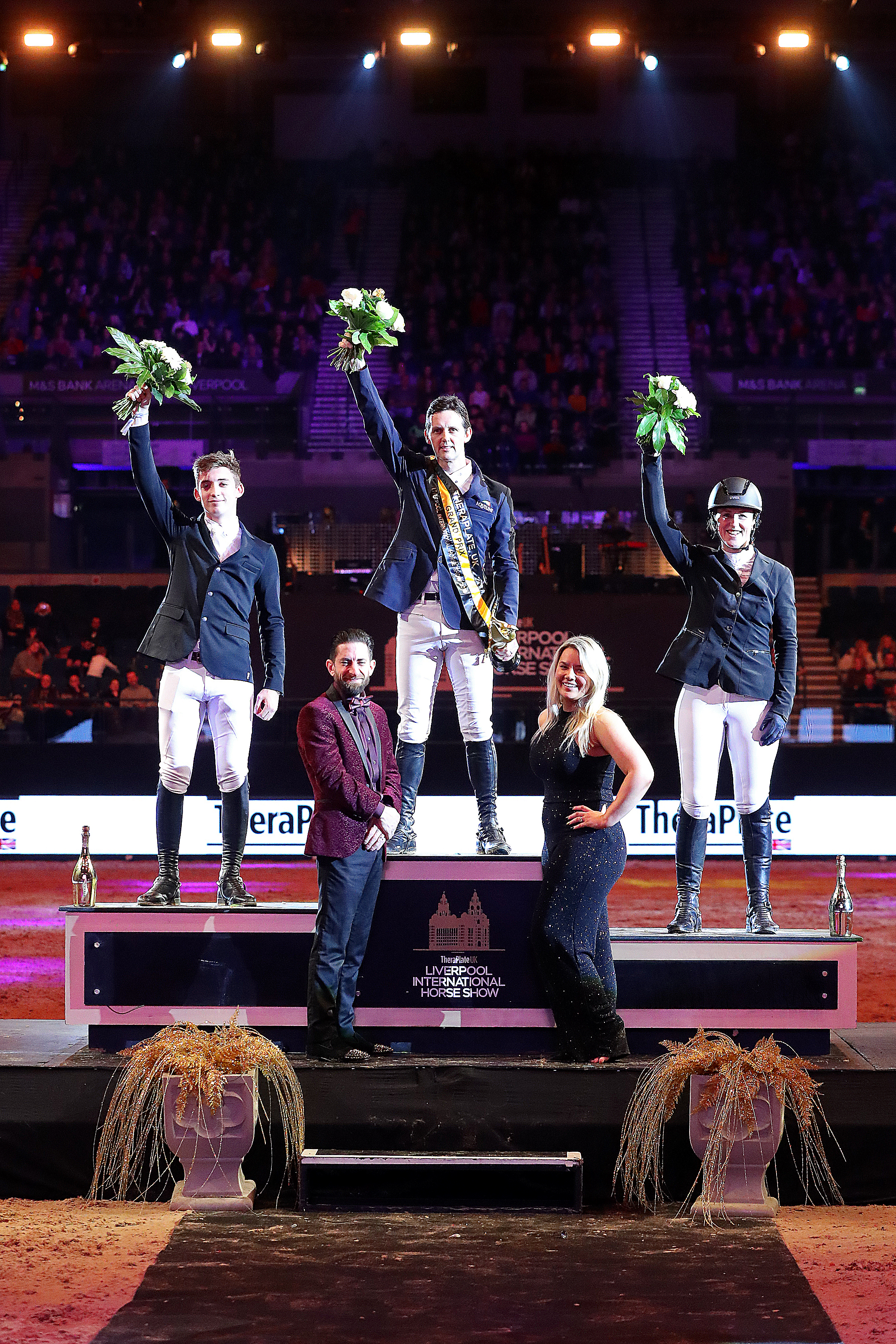 He triumphed in the jump-off on Kimba Flamenco by almost two seconds from 18-year-old British prospect Jack Whitaker, riding Elucar V.E. and British Tokyo 2020 Olympic hopeful Holly Smith, who was third aboard Hearts Destiny. Course designer Alan Wade's brilliant track tested every combination in a 31-strong field, with just six making it through to the jump-off. And Billy showcased all his experience to preserve an amazing record of every Liverpool grand prix either being won by himself or fellow Irishman Shane Breen.

"To win the grand prix three times here is amazing," Billy said. "My horse jumped fantastic. He has been close to doing something in the last couple of shows, and finally it has paid off for me and him here.

"I am delighted for the owner and everyone involved with the horse. A win always helps everything. "He is an extremely talented horse. He has won a CSIO five-star grand prix in Falsterbo, so he is winning at every level, which is good.

"The course builder is probably the best course builder on the planet. He made it difficult enough that it wasn't a giveaway to anyone. You needed to jump the course. It wasn't a rat-race. "In the jump-off, I tried to put it up to the rest of the riders. Sometimes, when you go early, you don't really know, but thankfully I held on to clinch the win."

It was also a memorable night for Jack, son of British Olympian Michael Whitaker, who collected almost £16,000 for his efforts. Praising his horse, Jack said: "The feeling he gives when he is jumping is unbelievable. When he can get everything together like he did tonight, he doesn't touch a fence.

"It's a massive end to the year. The last few months, we have been a bit unlucky with one fence down here and one fence there, but he has come good tonight."