A STELLAR cast heads to this year’s Equerry Bolesworth International Horse Show for what looks set to be a Cazenove Capital Eventing Grand Prix to remember!

The top-class line up also includes Alex Hua Tian who won a Silver Medal for China at the 2014 Asian Games and is the youngest event rider ever to compete at an Olympics as well as being China’s first equestrian Olympian in history. 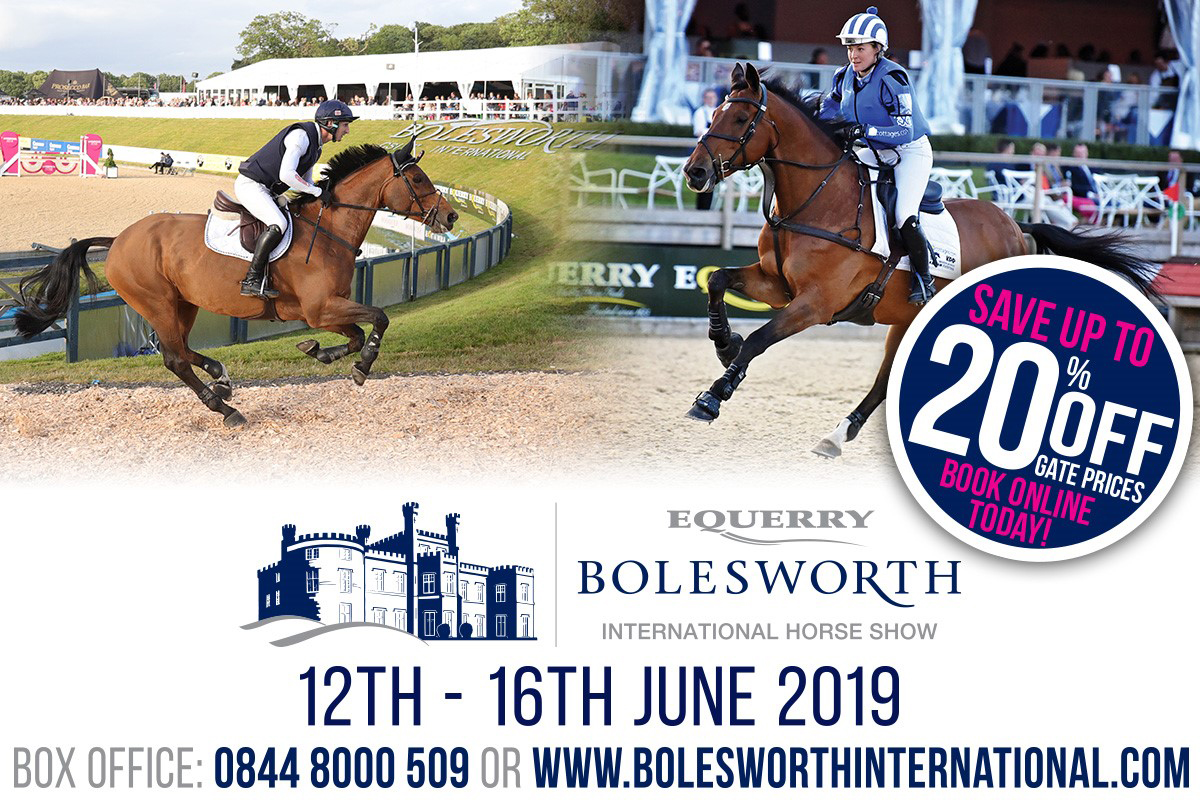 This exciting, fast paced action takes place on Thursday, June 13, and will see 20 leading event riders tackle a course of show jumps and feature cross-country fences, against the clock in the International Arena.

Said Show Promoter, Nina Barbour: “We are delighted to have so many of the world’s leading event riders coming to take part in the Cazenove Capital Eventing Grand Prix.  It looks set to be a fantastic and thrilling competition on the Thursday evening.”

With Captain Mark Phillips set to build at what is now a three-leg Eventing Grand Prix series, the competition looks set to be of the highest calibre.

As part of a new innovation, the top five placed riders in the class will qualify to compete in the Final Leg at the Theraplate UK Liverpool International Horse Show in December.

A second qualifying leg will run at the Bolesworth Young Horse Championship Show, August 14 to 18.

With a £2,000 first prize the leading event riders will be fighting it out for the lion’s share of the spoils.

The competition is a must see whether watching from ringside or up close to the action in the unique setting provided by the very special Hospitality Marquee – a real experience to enjoy with friends and family.

Spectators will see show jumps standing at a maximum of 1.25m, with three seconds added for each fence knocked down.

There will also be an optional joker fence at a maximum height of 1.35m providing greater thrill and excitement throughout the competition.  The cross-country fences will be at British Eventing Intermediate level.

It’s not too late to visit www.bolesworthinternational.com and  book tickets for this year’s show at 20% off gate price.