Touch of Marmite rises to the challenge

Touch of Marmite rises to the challenge in the Pony Restricted Rider 1.00m Championship 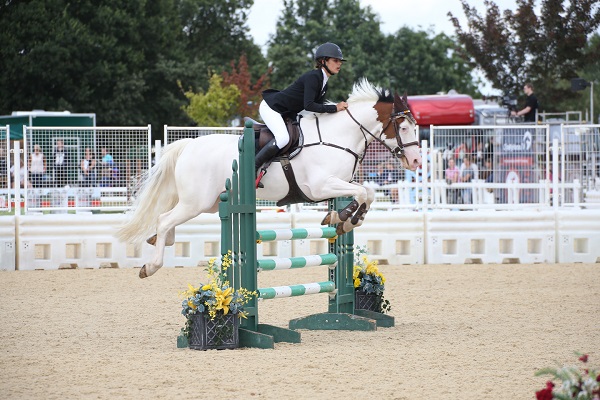 A nail-biting jump off left title-winner, Sienna White holding her breath as she watched the remaining riders jump after an early draw. Whilst the time proved it could beaten, it was faults that proved the downfall for fellow competitors as Touch of Marmite’s careful footing ensured their clear round secured the top spot.

Travelling all the way from North London with two ponies, Sienna is hoping for a successful run across the show this week. When asked about her win, Sienna excited commented that “this is my most prestigious win so far and I’m looking forward to competing in the Blue Chip Pony Newcomers Masters and the Pony Foxhunter Masters later in the week”.