The crowds came out in their droves to enjoy an action packed third day at Osberton International.

Sara Squires and the talented grey, Van Kaunitz bought from the Verden Hannoverian Auction, by video, started the day well when heading a fantastic line up in The Howden Way 5YO Championship. 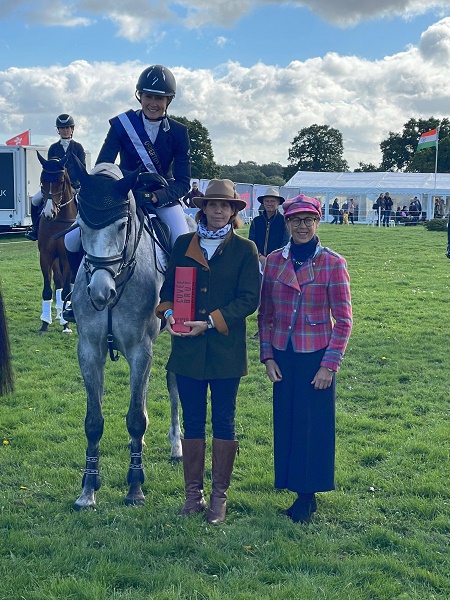 Said Sara: “He is very talented and so rideable.  He did a really nice test and coped so well over the three days.

“He has never galloped that fast and there were quite a few questions on the cross country but he was brilliant.

“I loved him as soon as I saw him on the video, but you just never know.  Then when I got him home and rode him on the flat I was just delighted.  I had been looking for a young horse for a year and a half, but he was definitely worth the wait.”

In The Howden Way 6YO Championship it was the turn of Holly Woodhead and the Linda Penfold owned Guns N Roses.

Said Holly: “I am over the moon, he has been amazing all week and tried his heart out, I couldn’t be more pleased for the horse and his owners.

“We found him as a three-year-old stallion in Germany unbacked, and very wild.  As a four and a five-year-old it was a case of just taming him and now he is a gelding he is the most kindest, loveliest horse we could ask for who gives you everything.

“I would like to think as a seven-year-old he would be heading to the young horse classes at Le Lion D’angers.

“He was a little green on the cross country but he trusted me and we went as fast as we could.  The track definitely asked the right questions and he will definitely have learned a lot from the experience.” 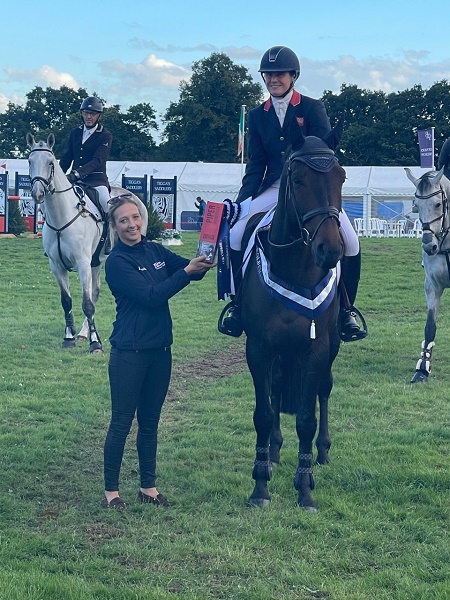 Said Piggy: “I was amazed with his attitude especially with the wet weather on the cross country and the time was very difficult to get.

“Thankfully both my rides took well to the new course, which played to my advantage with the type of horses they are.

“It’s been a good time for me recently and it’s important to enjoy those moments and make the most of them.”

In the Investec CCI2*-L the leader board stays unchanged with Oliver Townend and Finley Du Loir, Ros Canter and Creevagh Mohill, and Saffron Cresswell and Vivendi Hero holding the top three spots.

Mollie Summerland and Flow 7 are in pole position in the BEDE CCI3*-L, with Ros Canter and Pippa Funnell holding second and third.

The Lincolnshire-based rider has been in great form this year and her championship run continued at the Nottinghamshire-venue for owners Lady Milnes Coates and Deidre Johnston.

Ros and the attractive bay gelding, battled to the end with a superb clear in the showjumping to overhaul overnight leader Mollie Summerland and Flow 7 when a fence fell for the pair. 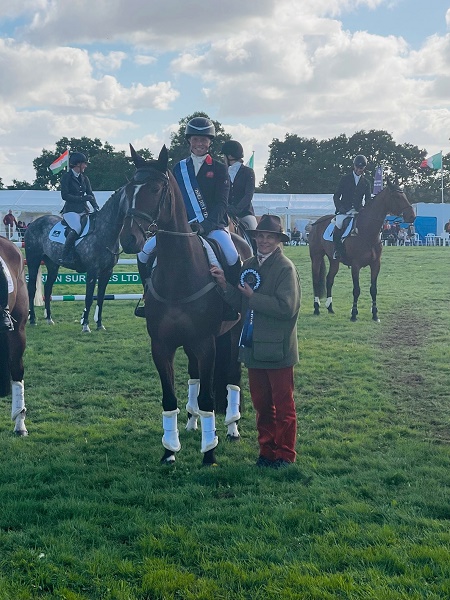 Said Ros: “Vinnie has been fantastic all week and it was really down to me.  He is a brilliant jumper and it was up to me to pilot him well.”

Ros took over the ride from Nicola Wilson, following her accident earlier this year and was delighted with the win.

“I only started riding him three months ago and he has been beautifully produced for me to just jump on to.

“He is a really careful little horse and there is lot more to come. It was his first long format on the cross country and he coped really well throughout.

Claiming second place was Mollie Summerland and Flow 7, who led after both the dressage and cross-country.

Taking third was Pippa Funnell and Billy Wonder who jumped a good clear round to maintain their place.

In the Investec CCI2*-L it was the turn of Oliver Townend and Sir John Peace’ talented seven-year-old Fiinley Du Loir, a new ride this year that Oliver has high hopes for.

Said Oliver: “I was delighted with him, you have to be in such a huge class and with so many starters. 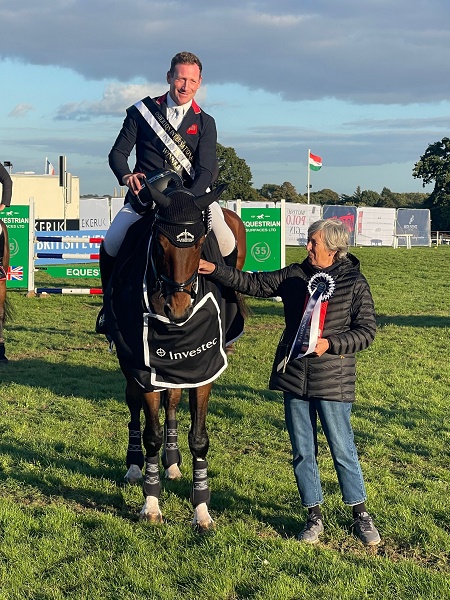 “I really think he is very talented and has so much potential for the future.  He has had an unbelievable season and I think he is the best novice horse in the country.

“He has won his three-day here and of course he has his green blips but I couldn’t have asked more from him this week.

“He hopefully has a very long career ahead of him and we will take our time and make sure that he is done right to make him a top-level horse for the future.”

Claiming second was Finn Healy with Treamble who jumped a fantastic clear round  with Imogen Murray and Monbeg Heartbeat taking third.