And the ladies look set to give the men a run for their money across top class action from the Equerry Grand Prix, to Equitop GLME Puissance, and exhilarating Ride & Drive as they compete for the £300,000 prize fund.

The speedy, Louise Saywell is another regular competitor at the prestigious venue and heads to Cheshire once again for the major classes

Harriet Nuttall is also well known for her turn of speed and continues her winning ways heading to Bolesworth International – June 12 to 16.

American star Laura Kraut will also be making her way to the Bolesworth Estate as will US based Brit, Amanda Derbyshire – also a good bet against the clock.

Earning her place back in the big league is Ellen Whitaker who has a great team of horses to campaign.  The 10-year-old black stallion, Arena UK Winston, is now primed to jump the major classes and their partnership goes from strength to strength while the talented Jack van’t Kattanheye is also competing at Nations Cup level.

Long time supporters of Bolesworth International, the Whitaker dynasty is not only represented by golden girl, Ellen but also uncle’s John and Michael.  No doubt all will be vying for a place in the Equerry Grand Prix on the Sunday afternoon.

Leading British riders, William Funnell and Robert Smith are well known for their major achievements and British team places over the years and are yet another two riders who have Bolesworth International as a firm fixture on their seasonal calendar.

When it comes to younger talent Hampshire-based Harry Charles has certainly caught the eye with his natural ability and poise under pressure, while well-known Derby success stories Nigel Coupe and Matt Sampson are also making their way to Bolesworth International. 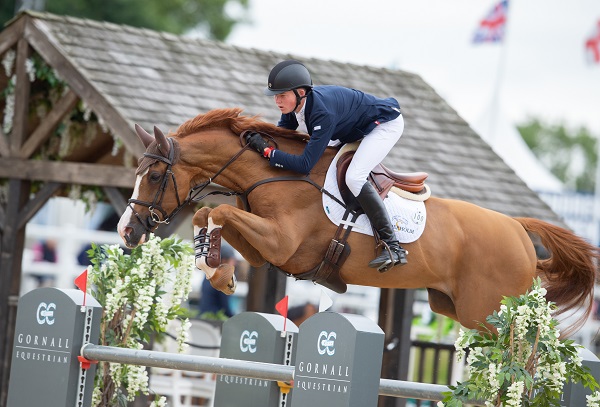 The five day event takes place from June 12th -16th in the glorious grounds of Bolesworth Castle near Tattenhall, Cheshire and is set to provide a feast of sport and entertainment with some fantastic dressage stars heading to the stunning venue.

VIP Hospitality experiences are still available for all sessions throughout the show, and are the perfect way to get close to the action with access to the luxury ringside marquee as well as fine dining.

General admission tickets with 20% off gate prices can still be purchased online at www.bolesworthinternational.com