Famous Photos from Aintree and the World of Horseracing

The Aintree Grand National in Liverpool isn't just the world’s most famous steeplechase, but also a race that has provided us with some very great photographs of horse racing over the years (find more info at https://www.britishracecourses.org/aintree). Rule The World, a Grand National winner from 2016, is famously caught in a photo with his owner, trainer, and jockey seemingly as excited as the three men in the photo over his victory.

As they say, a picture is worth a thousand words, so today we'll be looking at the five most iconic photographs in horse racing history. While these moments may have made it onto film and videos online, sometimes photographic can capture the feel of the win more than any film or documentary. 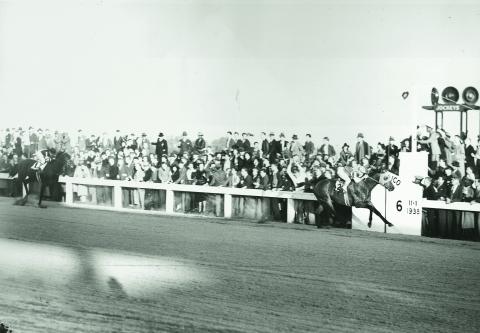 No list of the greatest moments in horse racing history can be completed without the story of Seabiscuit. To understand the photo better, we'll need to give a quick overview of Seabiscuit. Famous for being an underdog, Seabiscuit never won races until his 18th, and it took three tries to sell him when he was two years old. After changing hands, Seabiscuit went on to beat War Admiral and forever be adored by people long after his passing.

This photo was taken in 1938, during the midst of the Great Depression. For many Americans, hope never seemed to be around the corner. The economy was still on shaky ground, news was pouring in from Europe about the gradual expansion of Germany and from the East news of Japanese expansion. Americans needed a hero, and they found it in Seabiscuit.

Seabiscuit was never meant to be a racehorse. He was a fine horse, but not a racehorse. For the thousands who watched him at the Pimlico Racecourse in Baltimore, they couldn't believe their eyes when he took the lead and crossed the finish line ahead of War Admiral. It was not neck-and-neck, but a clear victory for the underdog.

The photo above shows Seabiscuit in all his glory, crossing the finish line, the crowd watching about to break out in cheer. The underdog hero had won. 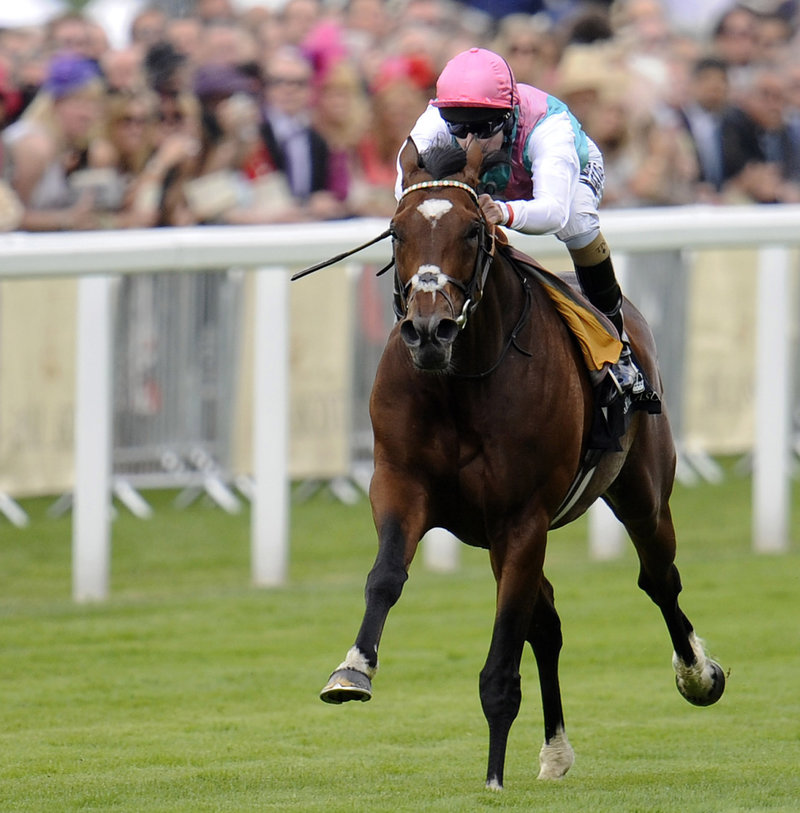 In modern racing history, no name has inspired as much reverence as Frankel. For many of us who enjoy horse races, it's very easy to feel that all the greats are no longer around such as Ribot. This is why Frankel, and his fourteen-win streak, is so important. To remind us that there are still plenty of great racehorses among us.

With a rich lineage, being the sire of Galileo and the grandsire of Sadler's Wells, on top of being bred and trained in Juddmonte Farms, it's a surprise to learn that he wouldn't live up to his lineage. Hindsight is 20/20 after all, and with rigorous training, Frankel went on to win race-after-race from 2010 to 2012. Many claim that when he was on the racetrack, the race and season were much more exciting.

Frankel retired in 2012 and is now a stud that is passing on his lineage to a new generation of foal, who themselves have gone on to win races. Will any of them beat their sire? Only time will tell, but it's quite the relief to know that the era of champion horses is far, far from over. We can expect many good things to come in British races these next few years!

In the above photo we see Frankel preparing to cross the finish line for the 2012 Ascot. You can see the determination in his eye, his powerful gallop caught at the perfect time. He is a champion of our era, and while he may not race anymore, he has certainly left his mark on the races. 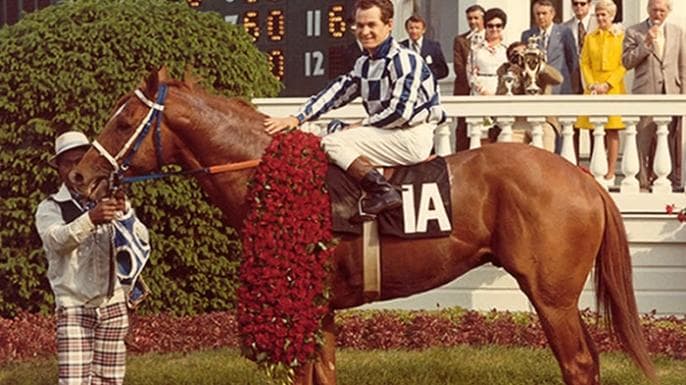 Secretariat was the horse that proved there is no such thing as being too pretty to be a racehorse. Secretariat has quite the long track-record of victories, including having won the Kentucky Derby with a still undefeated time. What Secretariat's biggest contribution to horse racing, however, is that even with modern media people still take the time to watch horse races.

Secretariat wasn't just a racehorse; he was a superstar racehorse. How many horses you know that used to have agents to sign them up for promotions? While it's nothing compared to our modern media blitz, for a time in the early 1970s you couldn't go anywhere without hearing someone talking about Secretariat or seeing the horse plastered on the cover of a magazine.

Maybe it's a good thing Secretariat was pretty, like the photo shows. It almost looks like he's ready for his shot! While not the greatest racehorse in history, Secretariat showed the world that even with televisions and other sports, there would always be room for horse races. 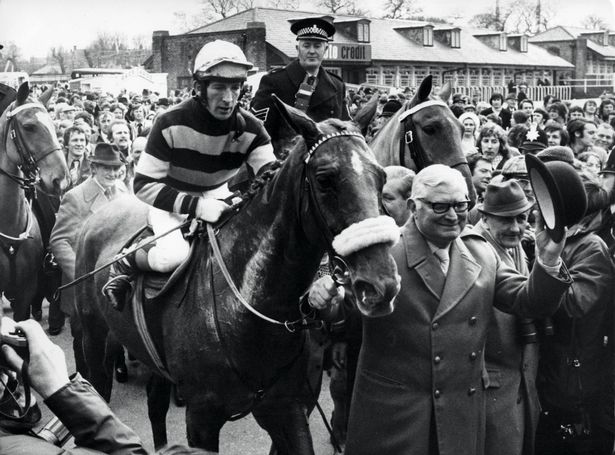 The world of race horses is unpredictable, such is the case with the above picture. Why would this picture be so significant? It has to do with the famous horse Red Rum. With a very long career spanning one hundred races, Red Rum was and still is a significant household name when it comes to race horses. Meanwhile, L'Escargot wasn't much of a name in the sport.

But at the 1975 Grand National, the horse with little name recognition, was able to beat Red Rum despite him having won two times-in-a-row. L'Escargot was on his forth Grand National race, having lost in 1972, coming in third in 1973, second in 1974, and then taking victory in 1975. To the stunned reaction of millions, L'Escargot beat Red Rum by fifteen lengths.

In the photo above, L'Escargot and his jockey Tommy Carberry look as stunned as the spectators ! The atmosphere was both tense but joyful as he walked back to his trailer. This just goes to show how nothing is ever a "given" and some horses and races may just surprise you! 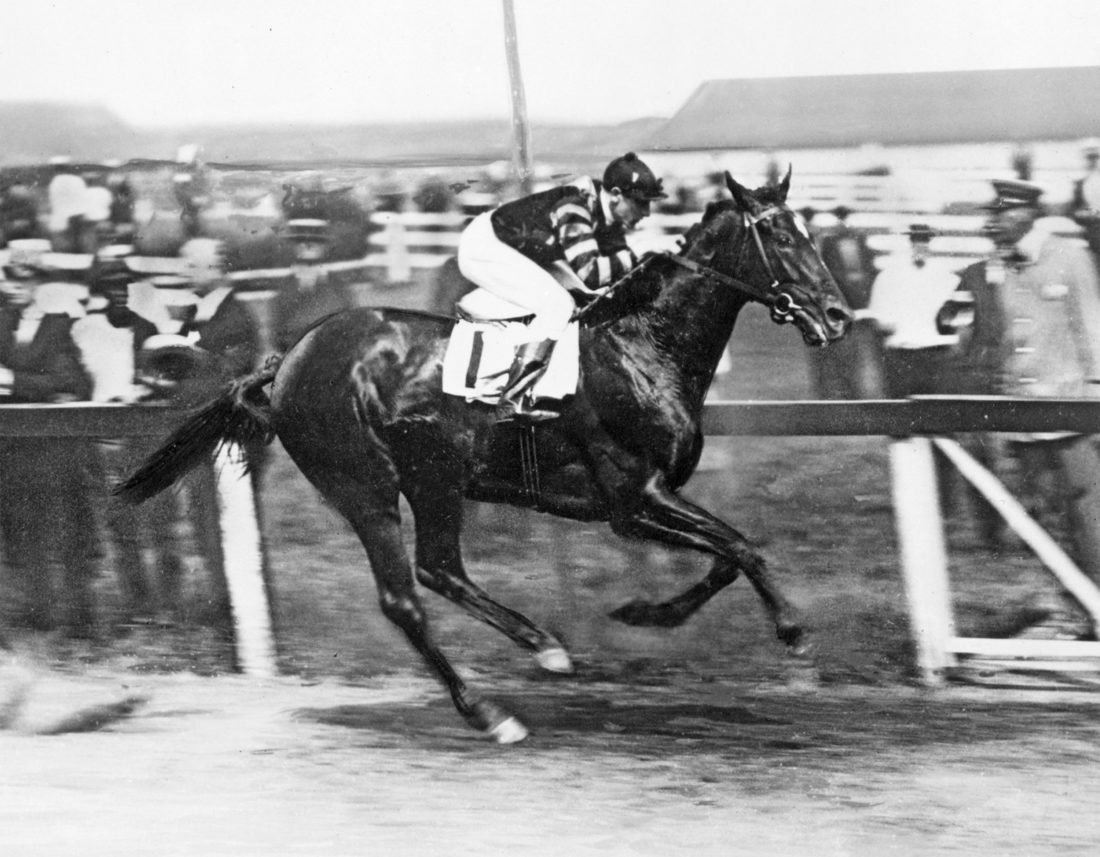 In the 1920s, horse racing was a dying sport in America. Despite having a similar culture appreciation to horse racing like the British isles, Americans in the 1920s were more interested in movies and race cars, not horses. Then came along Man O'War to change this mindset and save the American horse race from what was a certain downfall.

What made Man O'War famous was never losing. Out of twenty-one races, he'd only lost one. Because he started the race backwards, and still managed to come out in second place. His reputation succeeded him, to the point that other owners would pull their horses out of a race if they knew Man O'War would be racing against them.

Man O'War was much more than a racehorse who only lost once, he was an iconic of how America was viewing themselves in the aftermath of World War I. For once, they felt on top of the world and Man O'War personified this feeling. He was fast, he was strong, others feared him or respected him, and even if he didn't win he'd still come out in second.

In the above photo we see Man O'War in mid-gallop, the spectators behind him a blur as he and his jockey race to the finish line. The horse that could not be beat.